Earlier this day, the Autism Society Philippines tweeted a photo of social media influencer Benedict Cua’s vlog with a content of “Boyet Challenge.” In the said video Cua mimicks the acting of Ken Chan, who portrays the role of an autistic father, in an afternoon drama titled “My Special Tatay.” 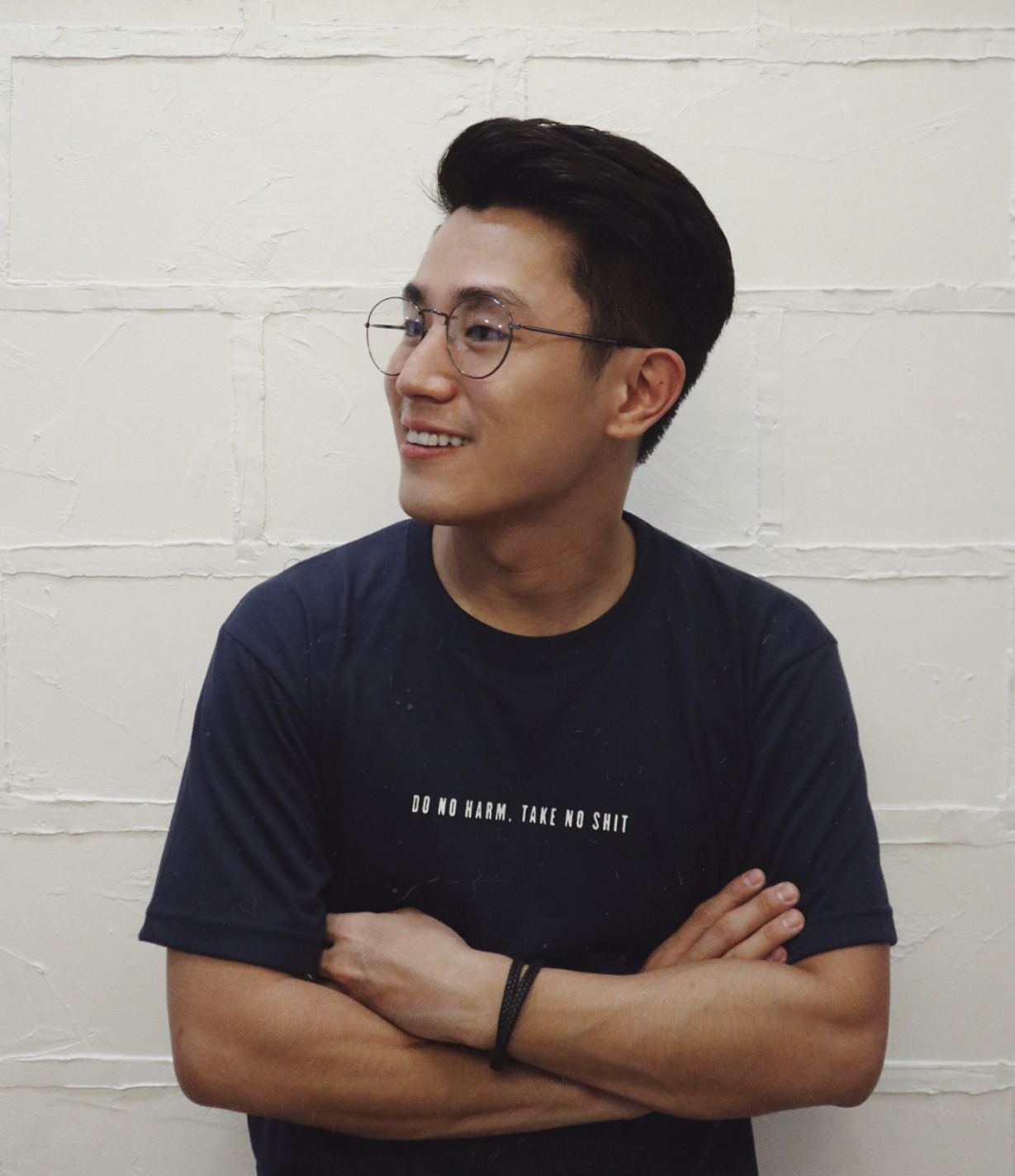 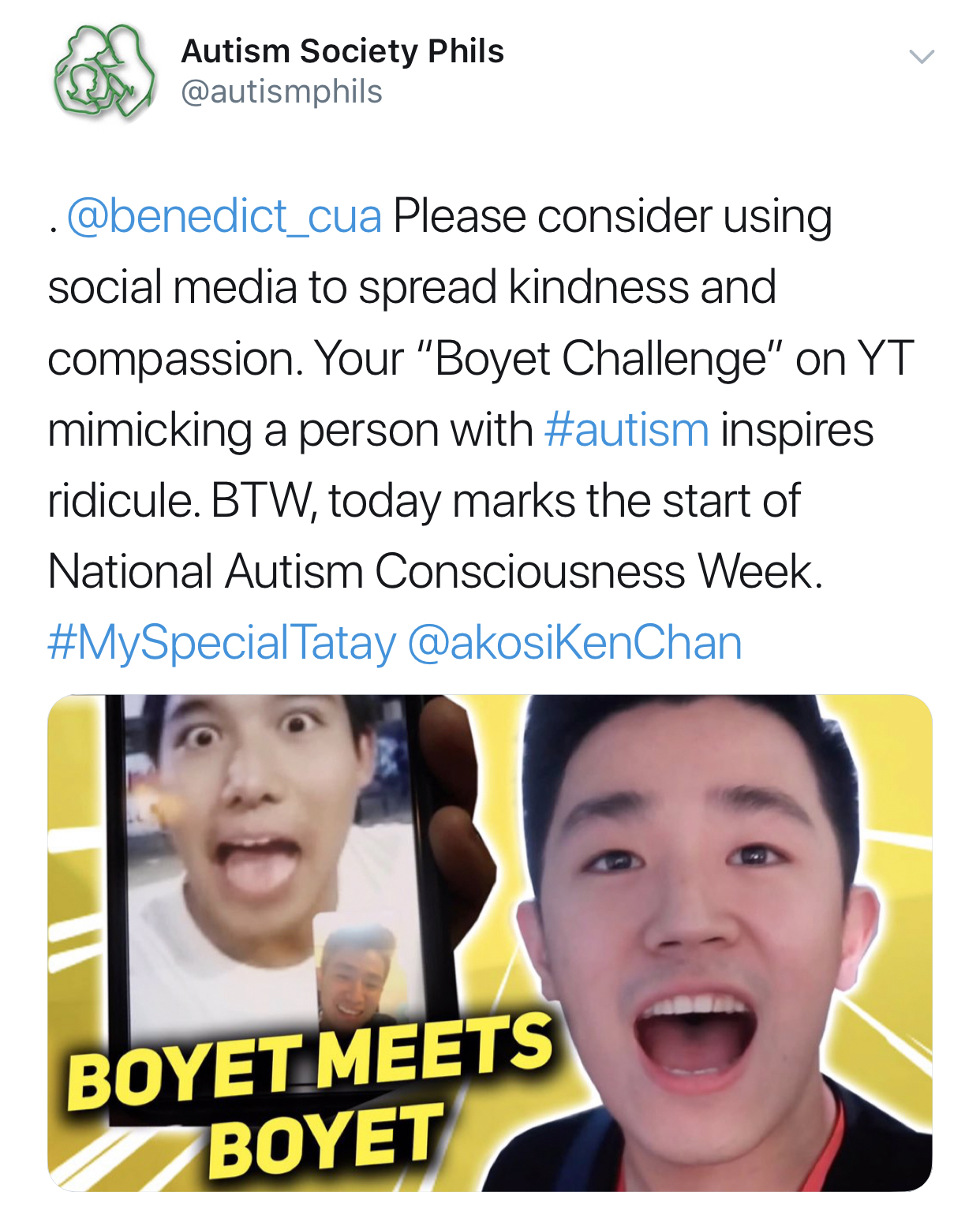 After 5 hours, Benedict acknowledged his mistake and posted a public apology in his twitter account. “Thanks for calling out my attention regarding this matter. I’m sincerely sorry if I have offended anyone with the video I made on YoutTube. I should not have used the title “Boyet Challenge”, which may have had detrimental impacts. I hope you know it was not my intention to inflict any hurt or harm. Again, thank you for enlightening me and I’ll be more careful next time. Please let me know how I can support the National Autism Consciousness week.” 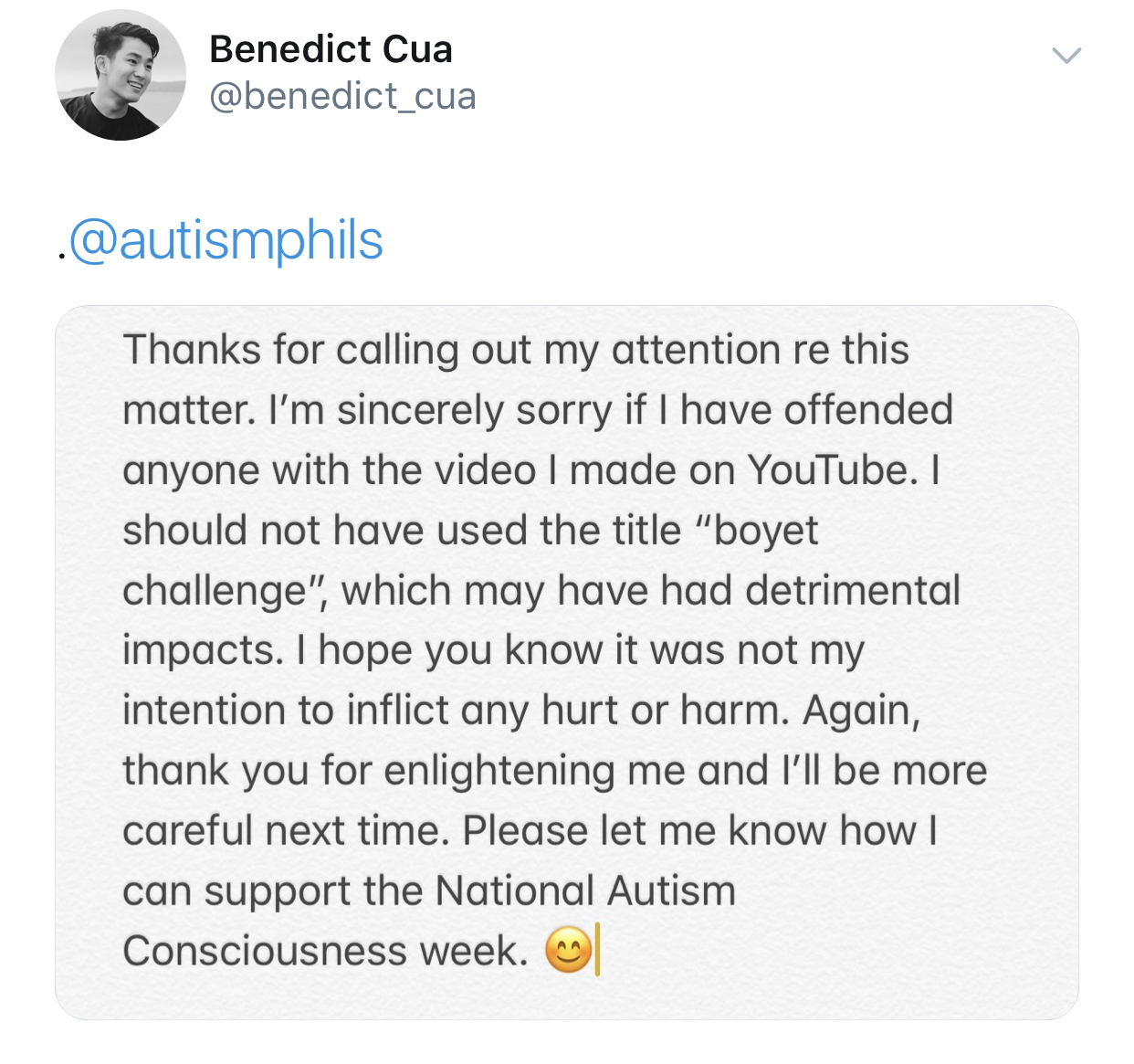 Both parties said their peace after few exchanges of tweet. Benedict Cua emphasized that he never had harmful intentions but promised to be careful next time.
Some of the netizens who witnessed the issue praised Benedict for having the courage to admit his shortcomings. A follower of his with an account name of @imethanmesina said, “the world needs people like Benedict Cua. We stan a humble content creator!”

Influencers today have a massive number of audiences and it is their job to think twice before doing a video. However, influencers are people too and sometimes mistakes are inevitable. Having the courage to admit their wrongdoings is the kind of trait an influencer must have.