The election is right in the corner and we voters should also be prepared not tomorrow but now. Campaigns of the running candidates are also rounding the social media and for the love of our country, let us all be meticulous and careful in choosing who to support.

Being a concerned citizen of the Philippines who wants nothing but to make her country better, Angel Dei shared her thoughts about campaigning for a deserving candidate. 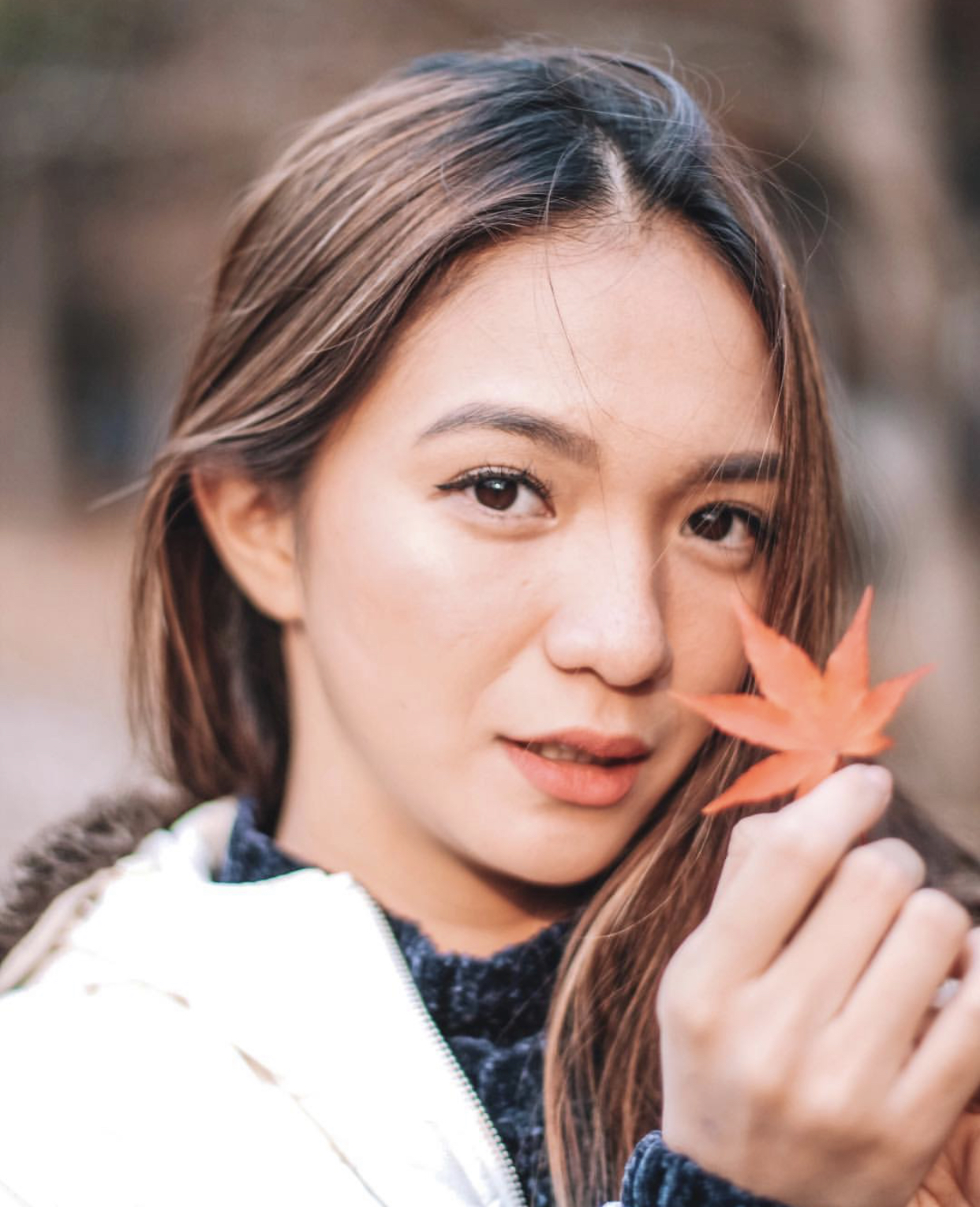 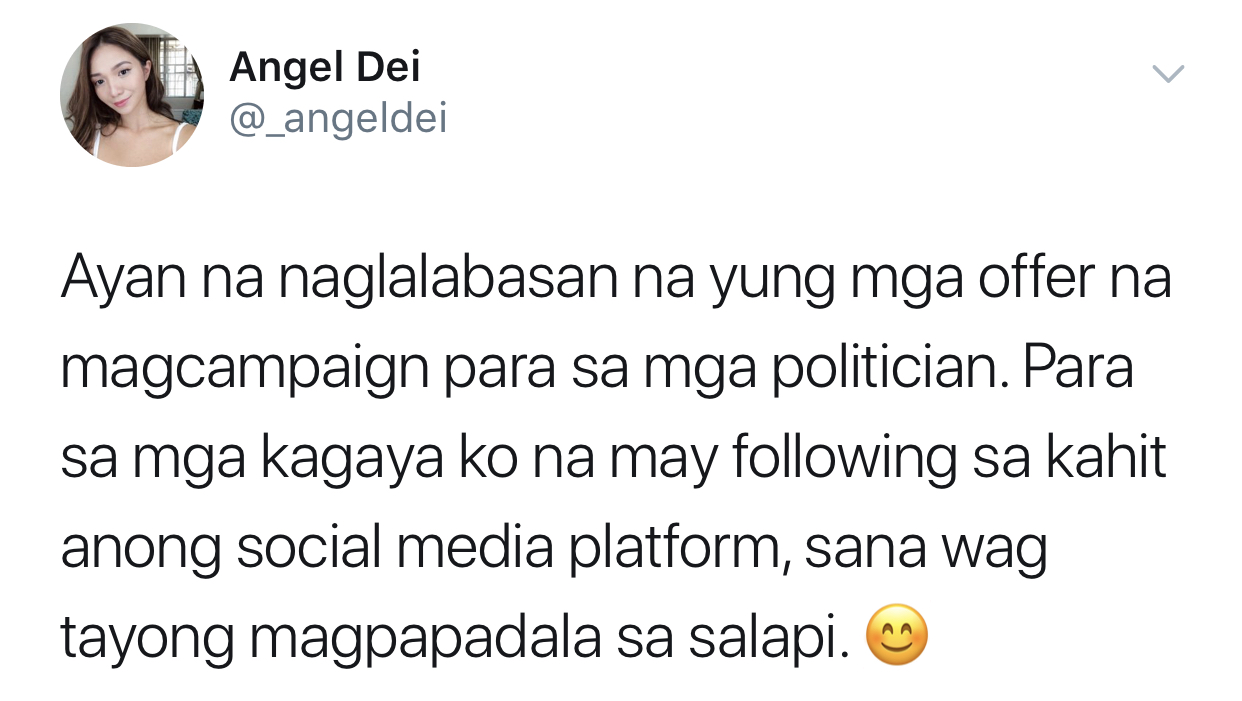 She emphasized not to get fooled by the amount of these politicians promise in exchange of promoting them especially if you are an influencer who has a large number of followers.

She also added, “kung sa tingin niyo karapat-dapat ang isang kandidato, go campaign for them. But don’t do it for money.”

As said by Angel Dei, have the courage to stand on what you believe and not because of the compensation that waits. Promote those who you think are deserving. Campaign for those who have a bright plan for the country. Because the future of the Philippines does not lie on the running candidates but on us who will make the choice on who’s going to lead the country.