Meet the Oldest YouTuber in the Philippines: Edna Oropel

In today’s era, the internet is not only for millennials. Even the elders enjoy browsing through their social media accounts. It only means that there are no limits, even age, to enjoy what the digital world offers.

That is also true when it comes to vlogging. It is open for everyone who, of course, has a camera or phone and an internet connection. It is not limited to certain standards especially age. Because just like in love, age doesn’t matter, as long as you love what you are doing.

Edna Oropel holds the record for being the oldest YouTuber in the country. Recently, she started her journey as a YouTuber and amazingly earned 25K subscribers after uploading her very first video last July 30, 2019. The video titled “First Vlog With Team Love” also surpassed 97K views already as of writing.

In her video she shares her simple and quick makeup routine and also featured the “Team Love”, Baninay Bautista and her son Bont Bryan Oropel in a short interview. Watch here:

Mommy Edna, as how everyone calls her (according to the vlog), also has her signature line, “wazup mga kalola” in her video. She also swore to continue posting YouTube videos to entertain her subscribers.

Her first video gained much love from netizens especially the not-so-young ones and they couldn’t wait for the next one. 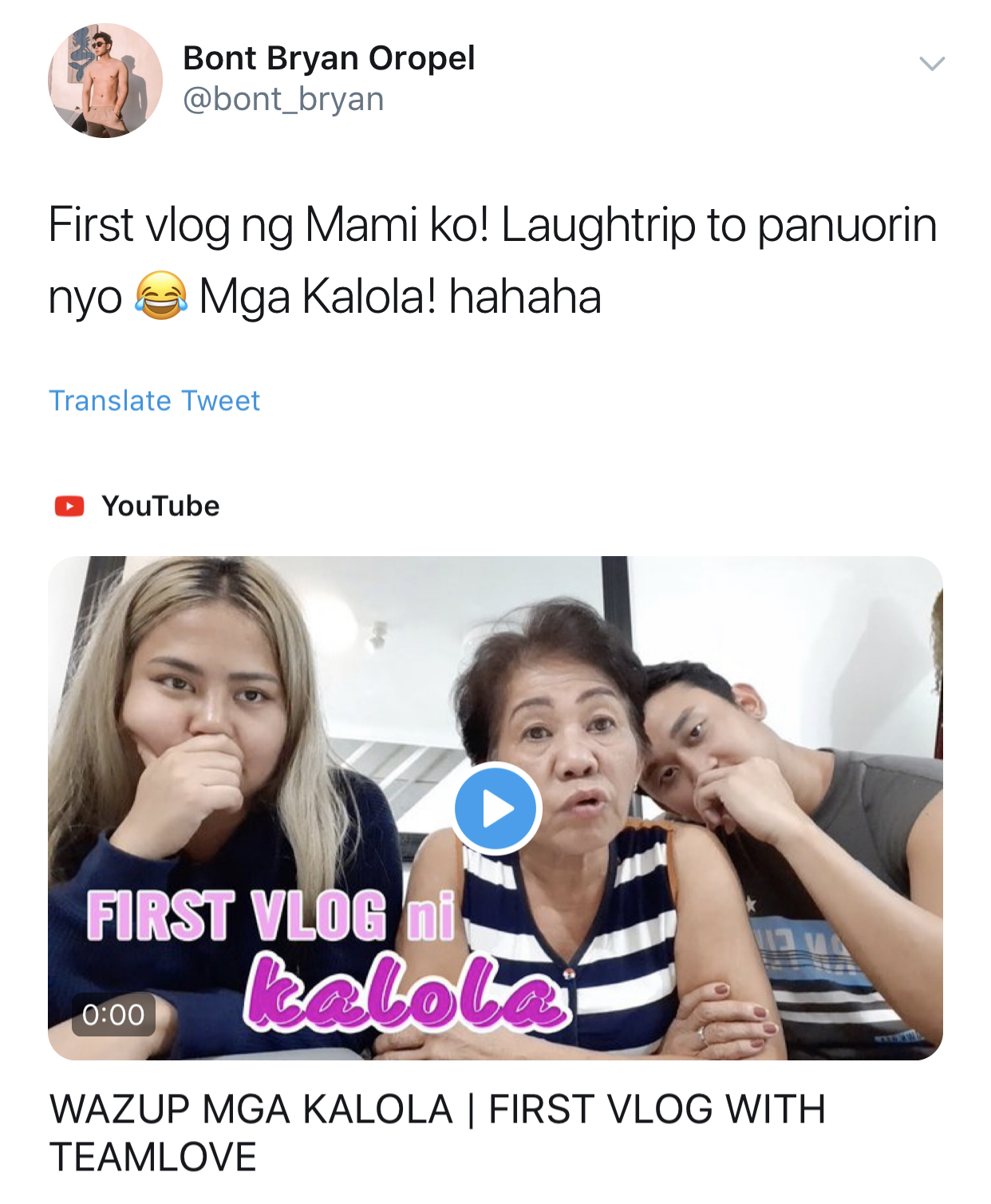 Mommy Edna shows how insignificant age is when it comes to your passion. It will never be too late to start working on something you’ve been wishing to do. As long as you are not hurting anyone and as long as you are happy, go for it.