Last January 2019, Mark Reyes bought Mika a ring from Pandora as a gift. Then a fan of her posted a picture on Twitter a picture of the same ring and captioned, “A ring that Mark bought for Ate Mika. Bumili rin ako. Ang ganda kasi e simple lang.” 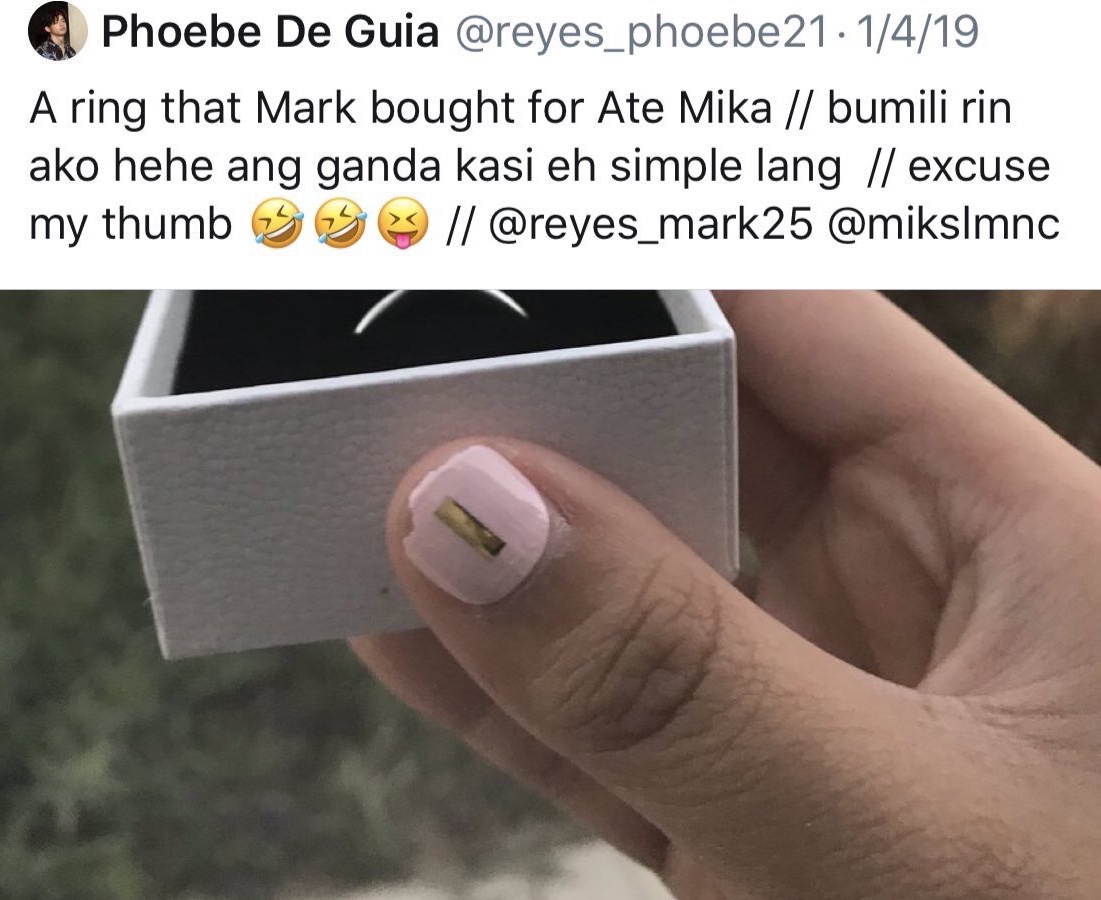 Mika then retweeted the post and said, “Not to be masungit pero if you know something na parang inexclusive ng dalawang tao, you should respect that.” 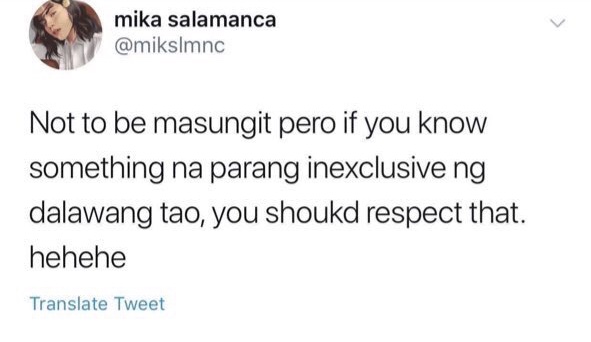 This incident happened months ago but resurfaced after her issue with Killa Kush and the tweets above were already deleted.

Mika received so many negative comments saying she is self-entitled and that the ring is on retail and everyone can buy it.

After days of receiving backlashes, Mika finally spoke and asked for apology through a post on her twitter account. She said, “I admit, I have done and said stupid things, but it’s something I have no control over now. What I can do though, is change.” 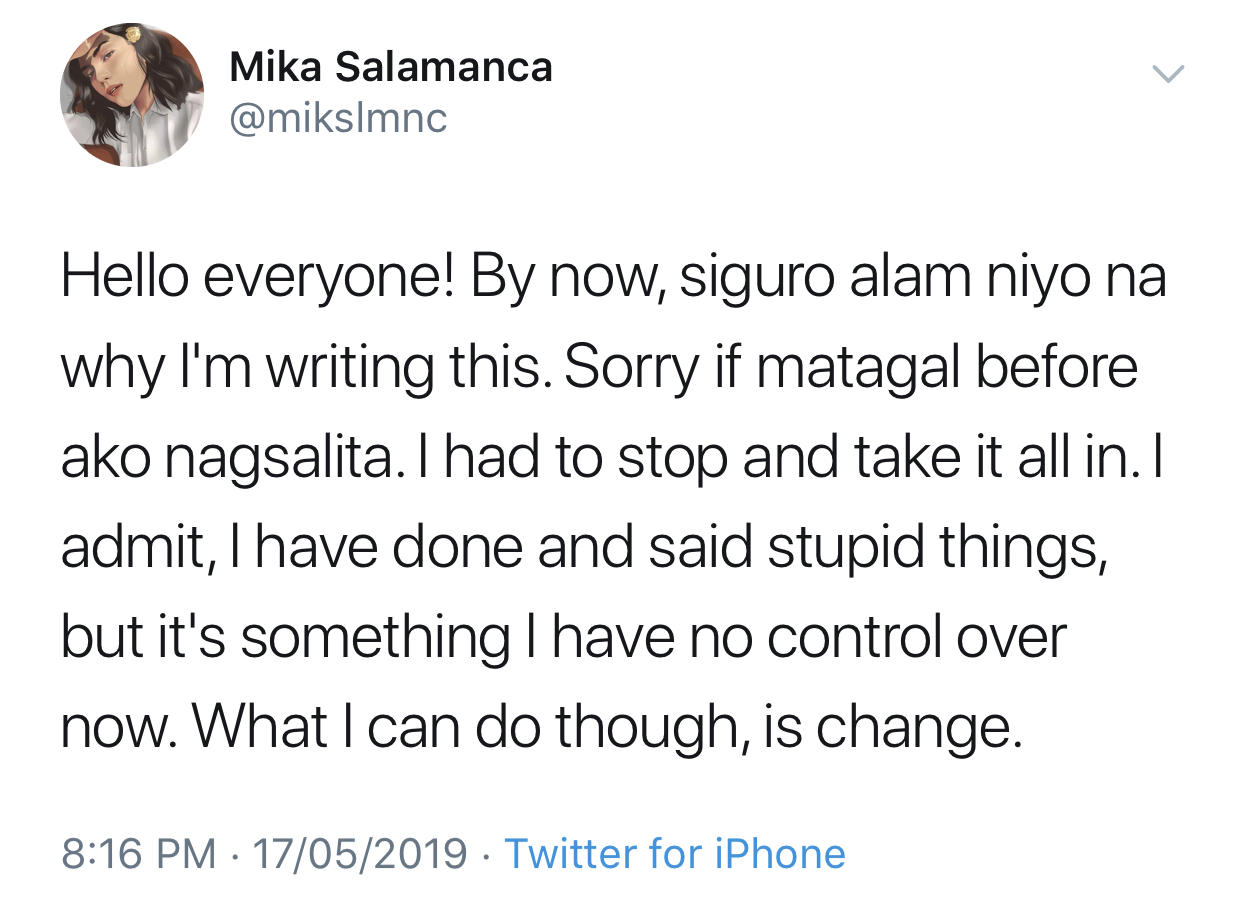 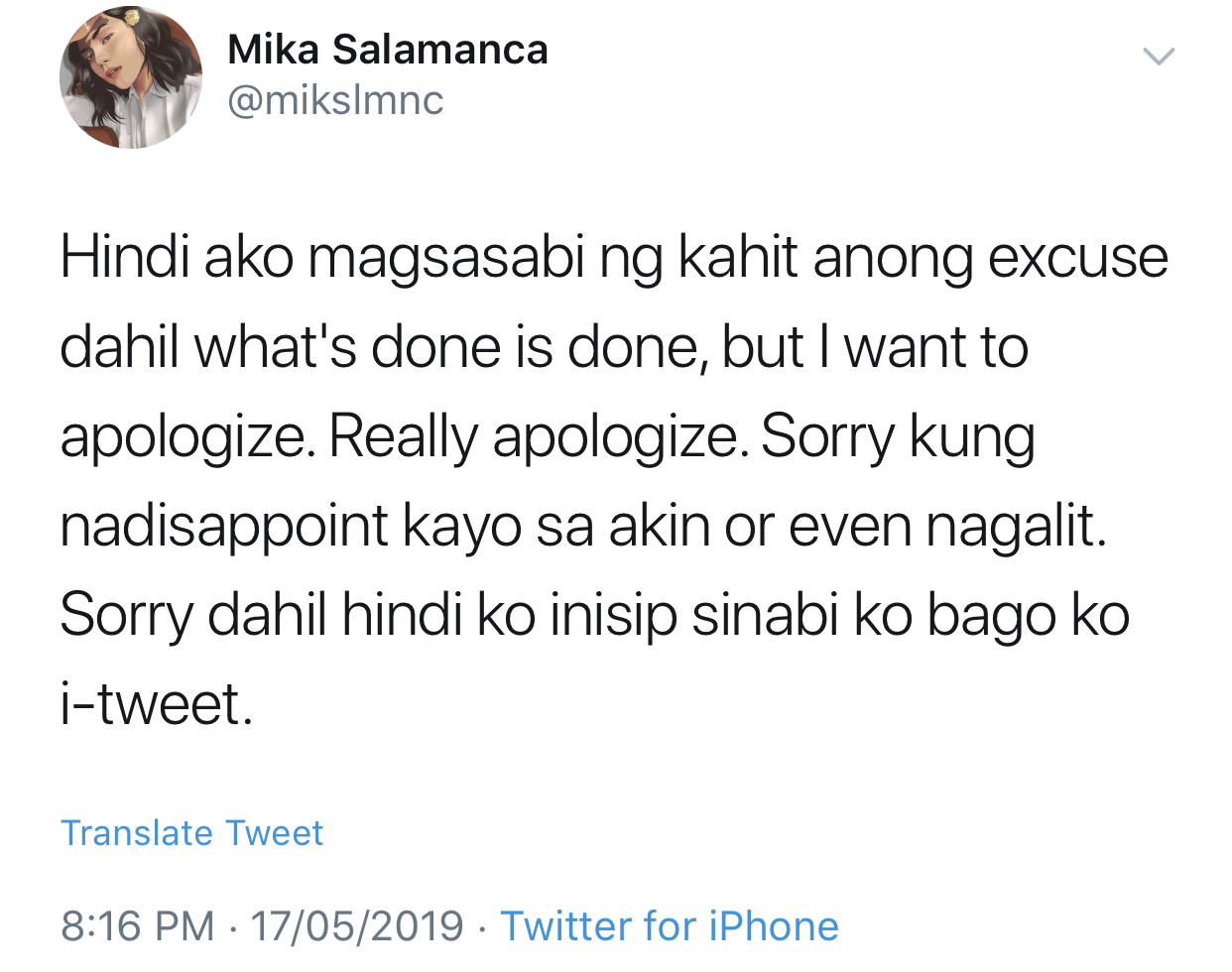 She also expressed her hope to be given the chance to grow and learn from the issue. 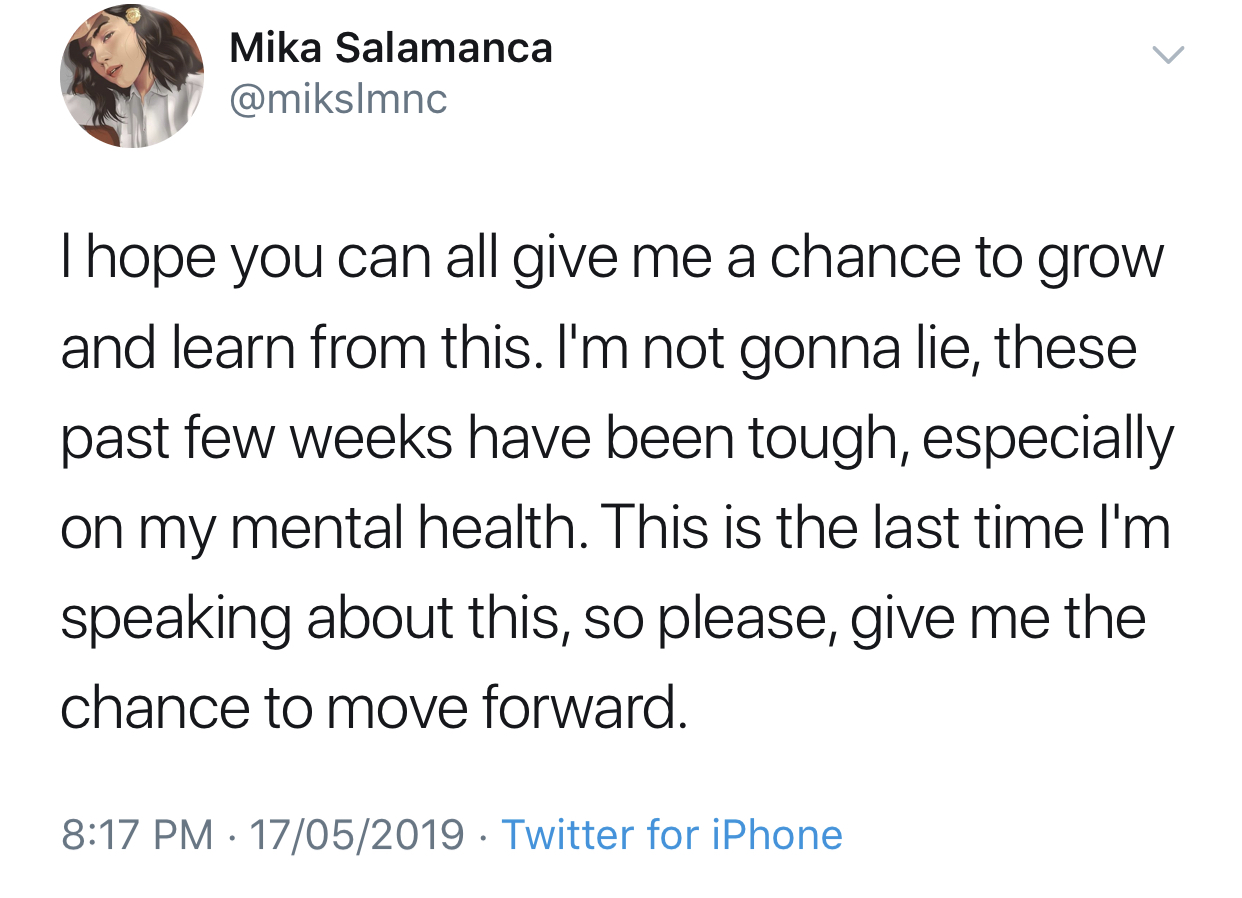 Her fans accepted her apology whole-heartedly but still some netizens are questioning her reasoning especially her mentioning about mental issues. 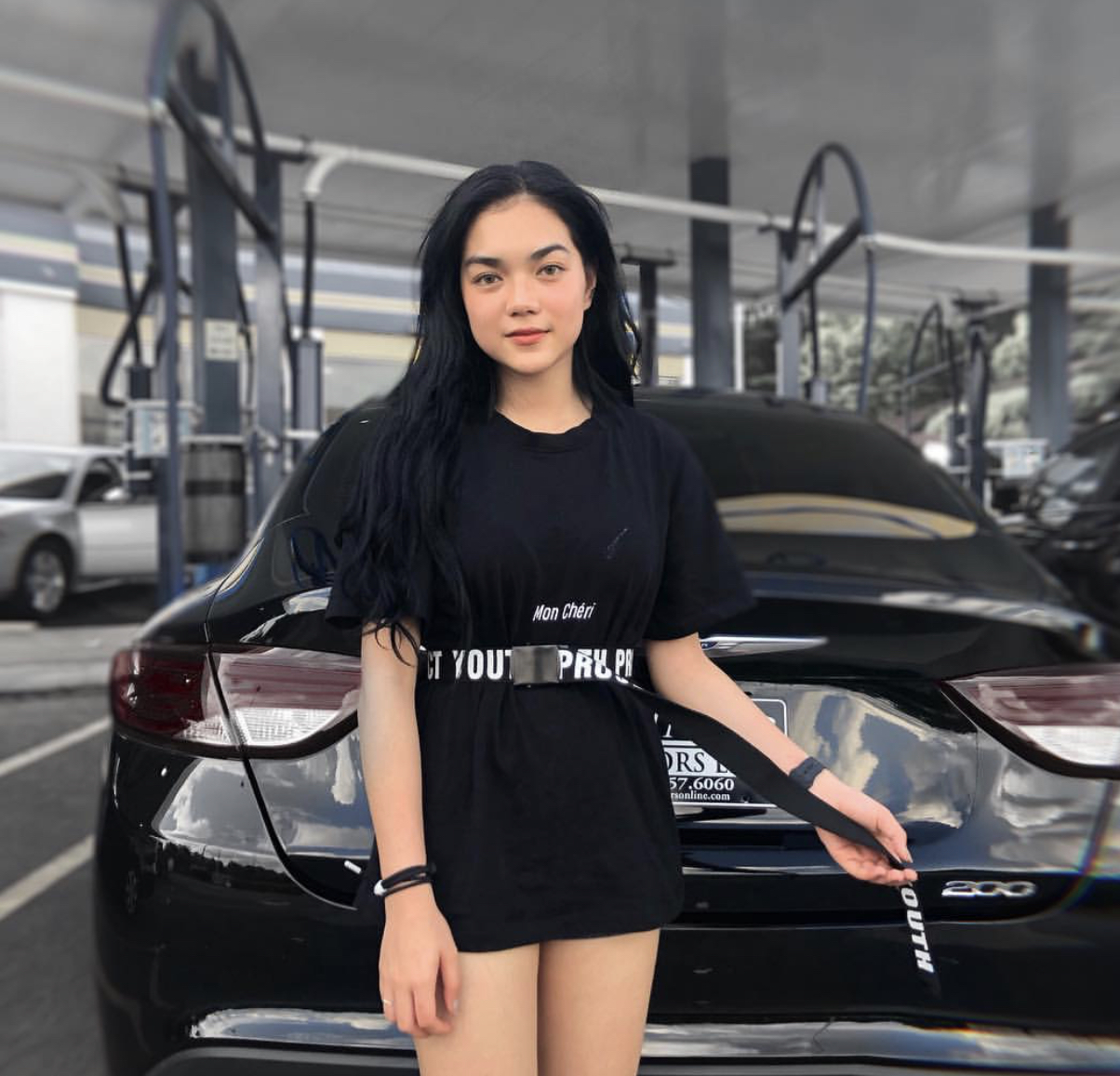 Being an influencer is a risky job given the large audience you have. One mistake and everyone forgets all the good things you’ve done. But what defines you as a person is not those mistakes but how you acknowledge them and how you apologize to anyone you’ve done wrong.

Entertainment
Editor May 19, 2019
Mika Salamanca on Hotseat after feud with Killa Kush