Social media has been the fuel that drives the world of people who are too into it. It has so much power but this power is being taken advantage of. People don’t seem to use it as a tool for socializing anymore and use it to deceive others. One of the common types of deceptions today is being a poser. This is when someone tries to fit into a profile who isn’t his/hers. It can also be using other’s photo just to give the impression that they are someone who isn’t them.

One of the victims of this is the boyfriend of Angel Dei, Miguel Echano. Last January 20, Angel posted on twitter a screenshot of a message from someone who claims a photo of Miguel was used by a poser. The said photo was used in a dating application called Tantan. The said poser is blackmailing the sender that he’ll post her nudes online. 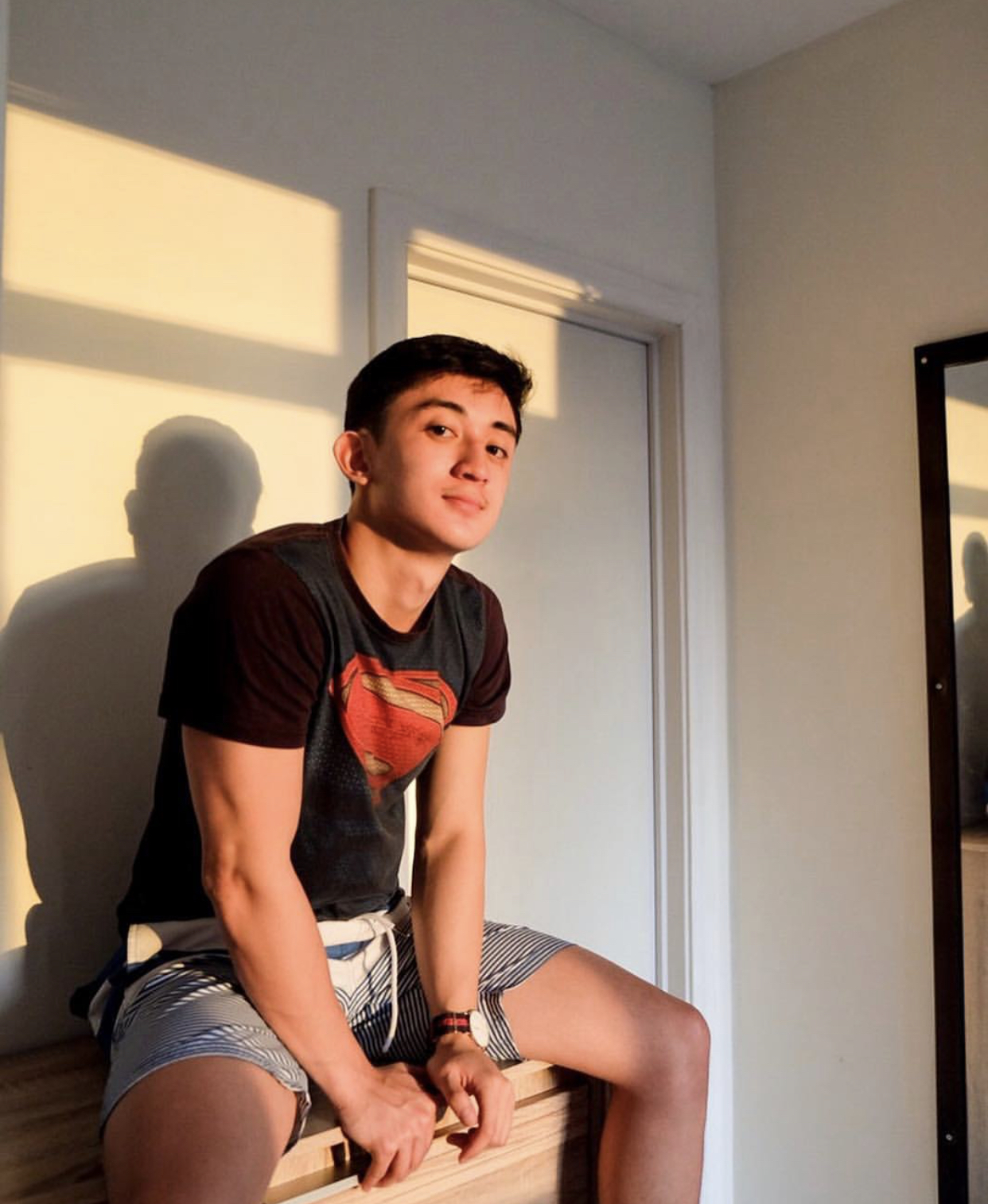 Last Monday, January 21, another follower of Angel sent a message that she also encountered the same poser. Luckily, she knows the identity of the said deceiver and sent Angel his photo.

Angel said that Miguel and the poser, who happened to be Anthony Tairo, are friends on Facebook and have some common friends. Miguel also messaged him already. 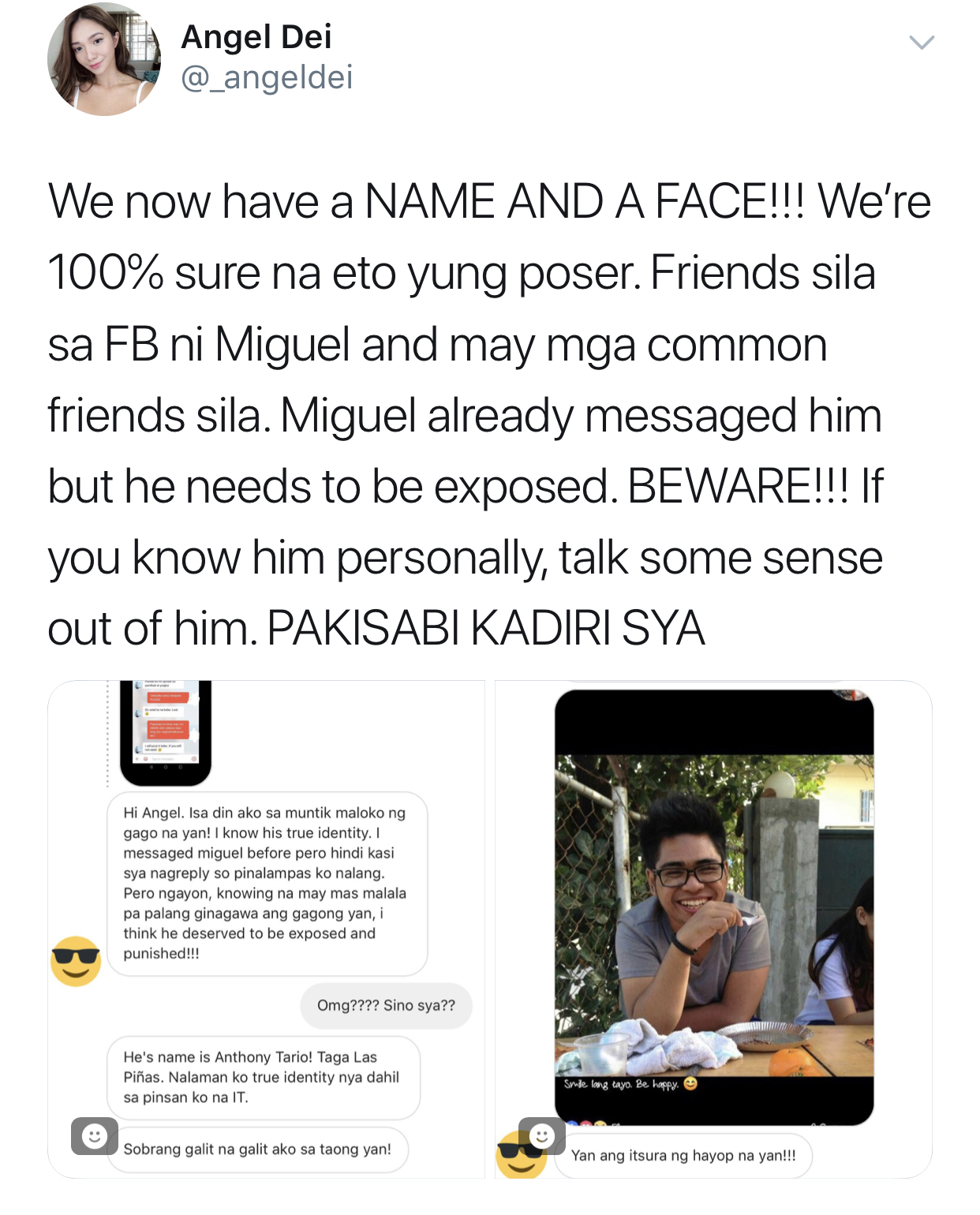 The poser is already exposed and this should be a lesson for everyone to be aware of these kinds of people. Don’t trust anyone from social media especially those who you do not know. Also, never steal someone’s photos just to deceive others. As cliché as it may sound but you should always think before you click and don’t underestimate the power of social media.

Entertainment
Editor January 19, 2019
“Don’t Do It For Money” – Angel Dei on Campaigning for a Deserving Candidate