Raiza Contawi Calls Out TLM Cosmetics after Using her Video

Raiza tweeted the said post of TLM Cosmetics and captioned, “Just to remind that this is FALSE AD and that TLM Cosmetics is obviously a fraud. Please help report.” 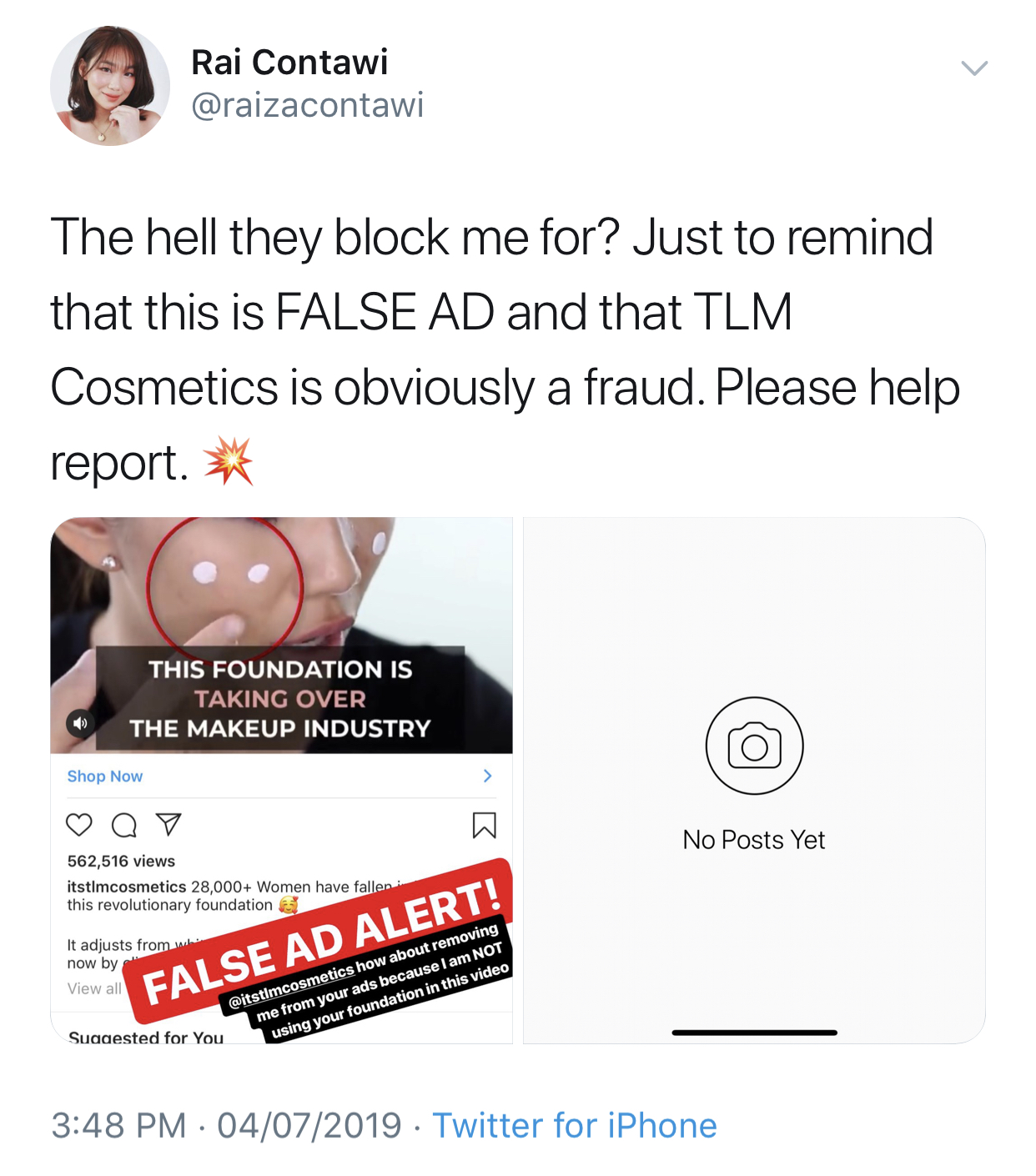 Apparently, the said cosmetics line blocked Raiza so she won’t find out about it. 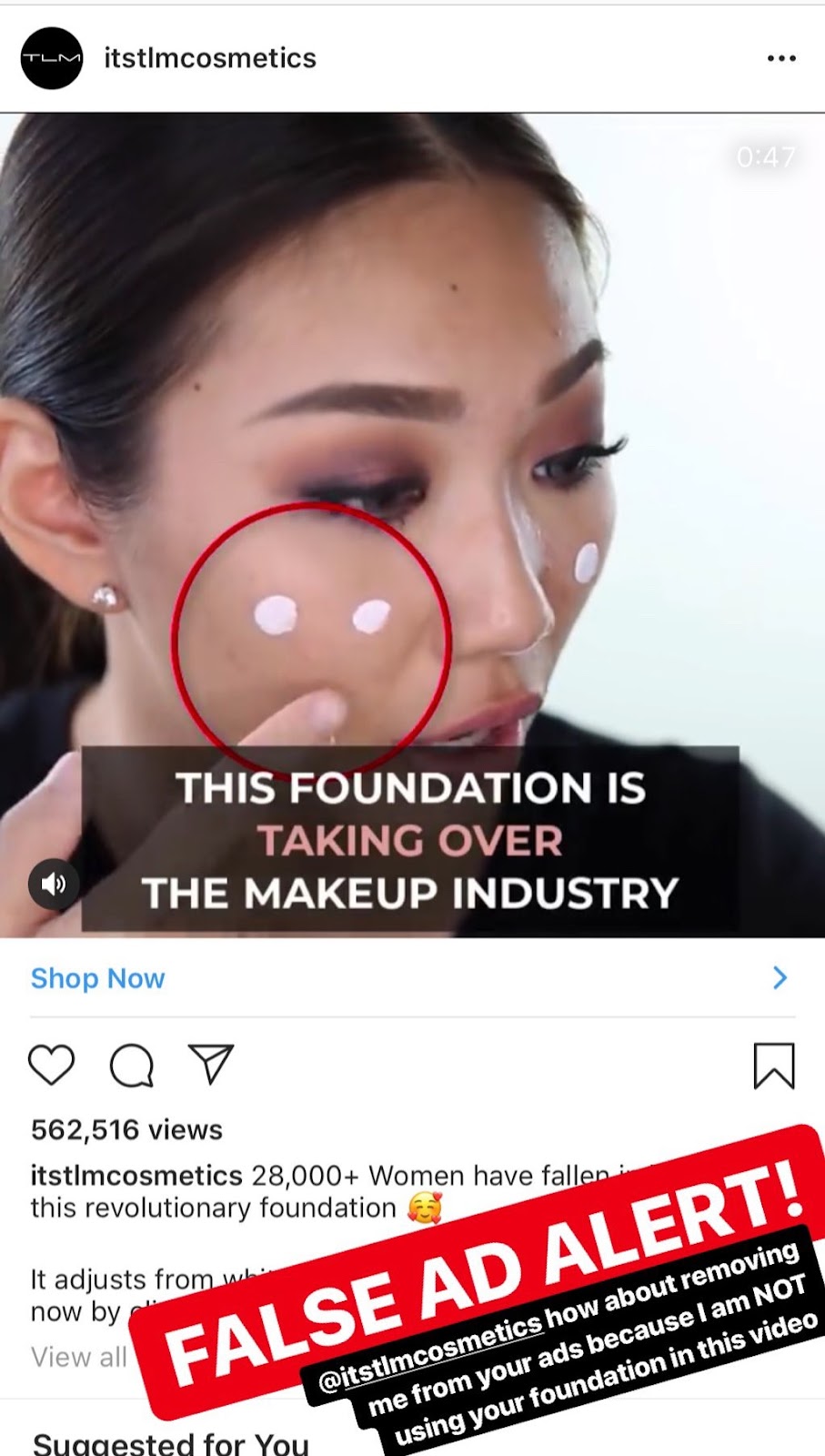 Her supporters showed their concern regarding the said issue and helped Raiza in reporting it. One netizen with a username @ndr98ryt said, “They are using other influencer’s face and ‘review’. Kaloka, saw an ad on fb before and I saw some familiar videos na alam kong di naman yun yung product na nirereview.” 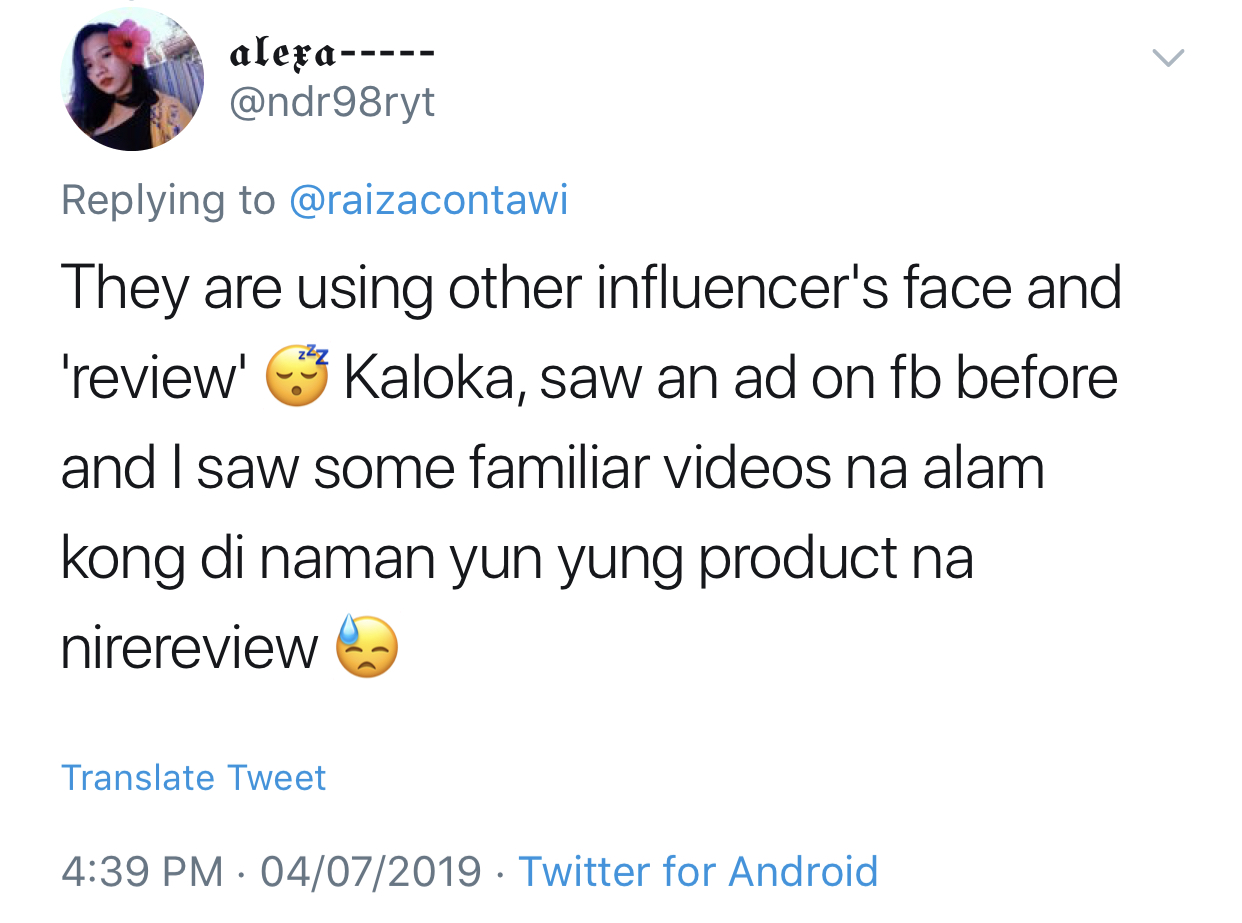 TLM Cosmetics already removed the post after it was reported by netizens.

Raiza is one of the top beauty vloggers in the country with 526K subscribers on her YouTube channel. She is also known for her honest reviews on makeup products. Her talent has been recognized and loved by many.

Beauty & Fashion
Editor May 19, 2019
Janina Vela Trends on Twitter after Calling Duterte Strategic and Being an Anti-Same Sex Marriage