Youtube content creator Sheks Diary addresses apology and clarification on the issue of insensitivity towards the marginalized sector.

In one of her tweets, the 22-year old influencer made a remark on the ‘poor people’ that sparked controversy in the internet.

One twitter user with the account handle @RoyalsMiggy expressed his frustration and disappointment towards Shek’s Diary while tagging her as a “Toxic Youtuber”. 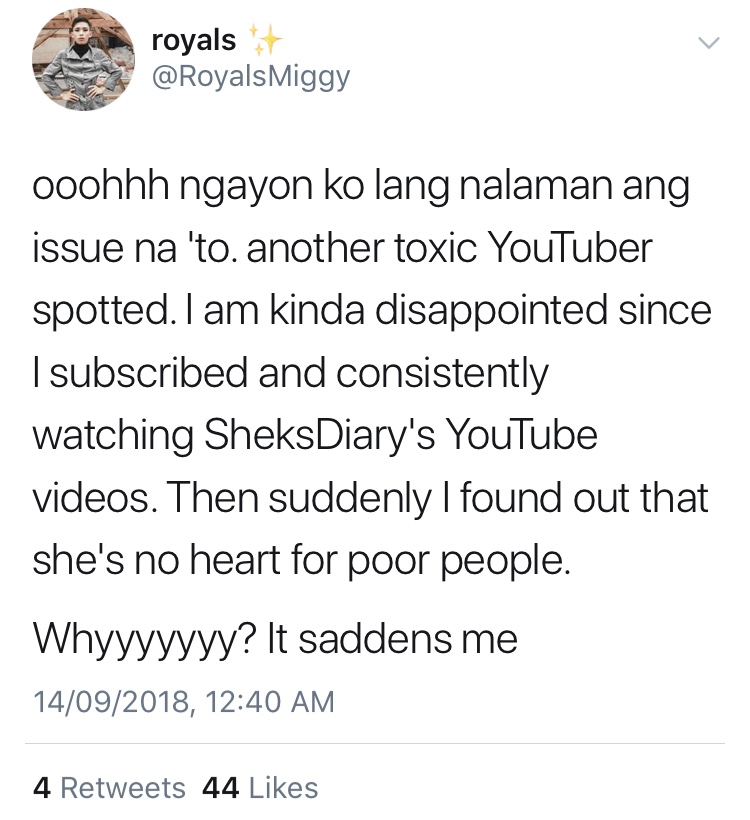 Shek then issued an immediate public apology on the issue through one of her latest vlogs in her Youtube channel – Reacting to Harsh Comments. Tea?

“It was very insensitive. I wasn’t able to clarify immediately. I am really really sorry sa mga taong nasaktan ko. There are times that I am a regular 22 years old girl who is just so happy, careless and never realized the impact of my influence,” Shek exclaimed.

She then expressed her admiration on people who are poor but really hardworking just make ends for their families.

As she disclosed the issue, she shared one major lesson that she has learned from that incident – not to rant on twitter or in social media in general, considering that her influence might affect not only her career but her personal life.