Last Tuesday, Lance De Ocampo defended himself and the “influencers” after White Banana Beach Club posted on their Facebook account that they have no interest in collaborating with self-proclaimed influencers. 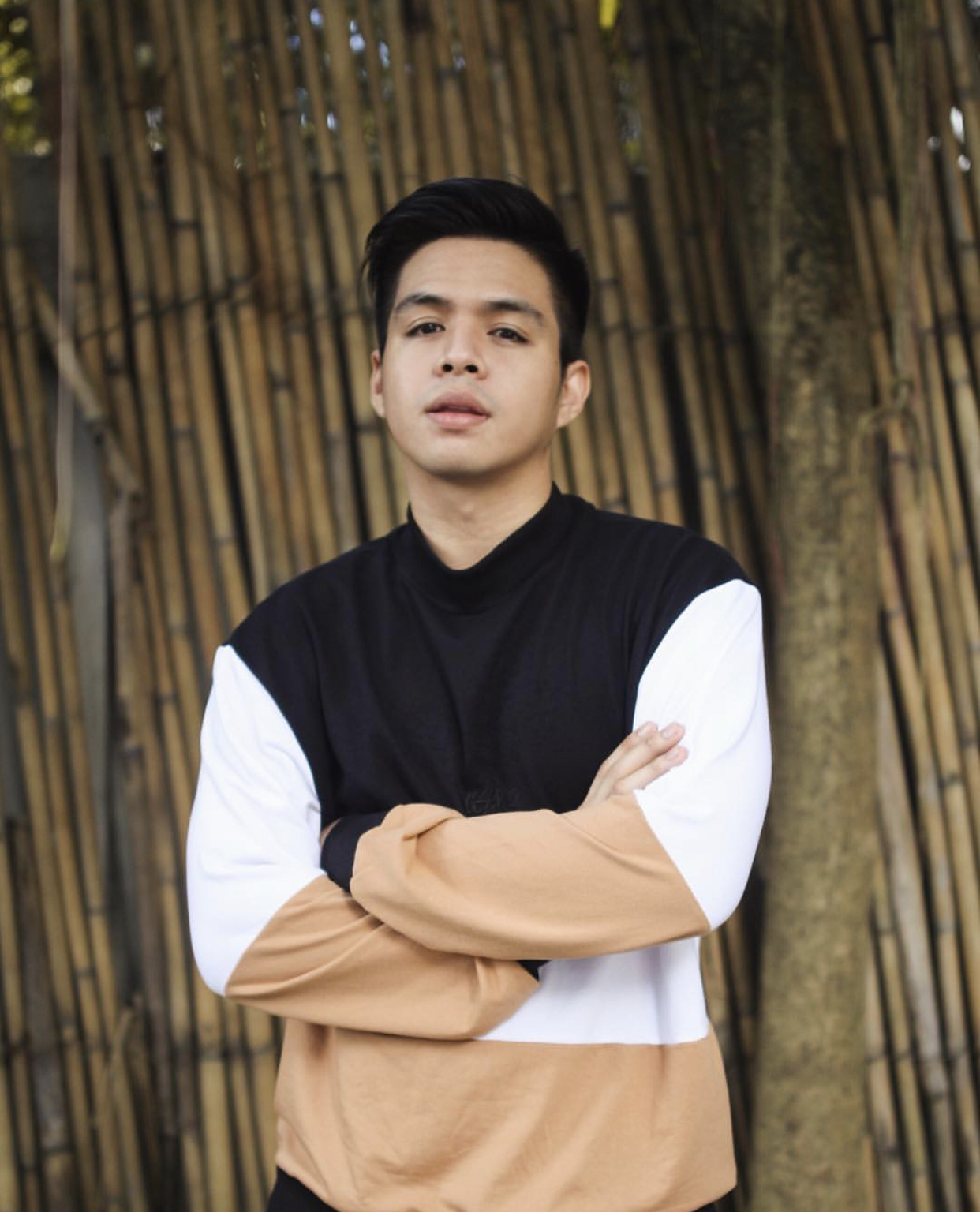 The caption goes, “Help out there. We are receiving many messages regarding collaborations with influencers, Instagram influencers. We kindly would like to announce that White Banana is not interested to collaborate with self-proclaimed influencers. And we would like to suggest trying another way to eat, drink, or sleep for free. Or try to actually work.” 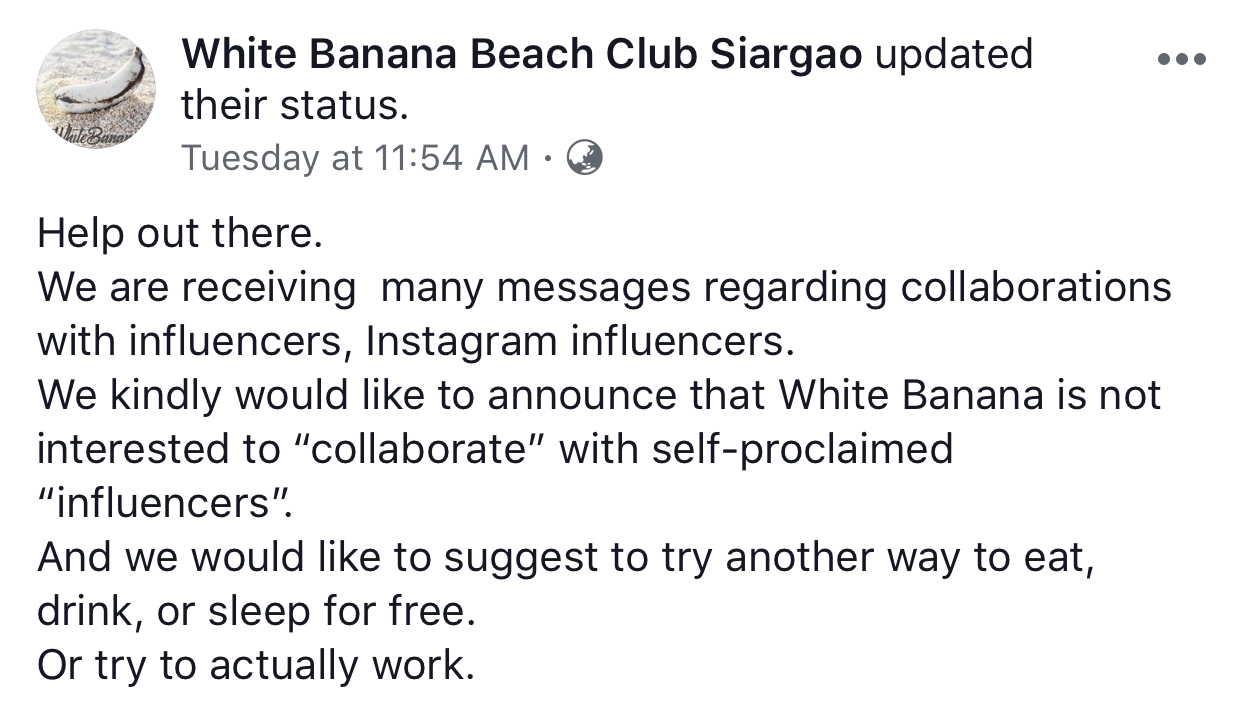 To his defense, Lance De Ocampo posted on his IG story, “I or we don’t want to take full credit but don’t forget, social media influencers, Instagram influencers have big contributions to boost Siargao’s tourism. Siargao will not be as appreciated as it is now if not of the so called influencers’ breathtaking and well curated instagram photos.” 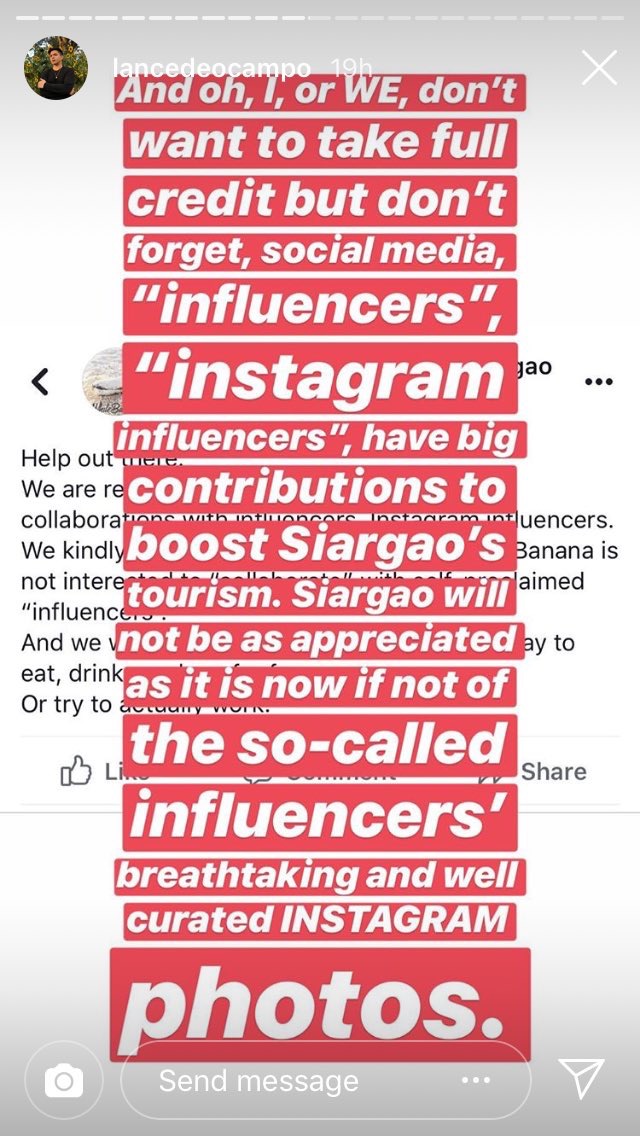 However, these IG stories received a lot of backlash from netizens including Bella Padilla and Bianca Gonzales. Even though there were no names mentioned, it was obvious that the tweets were for De Ocampo.

“All of us, regardless of follower count, have influence with people around us, for sure. But it should never be a license to feel entitled to demand to be given free things,” Bianca tweeted. 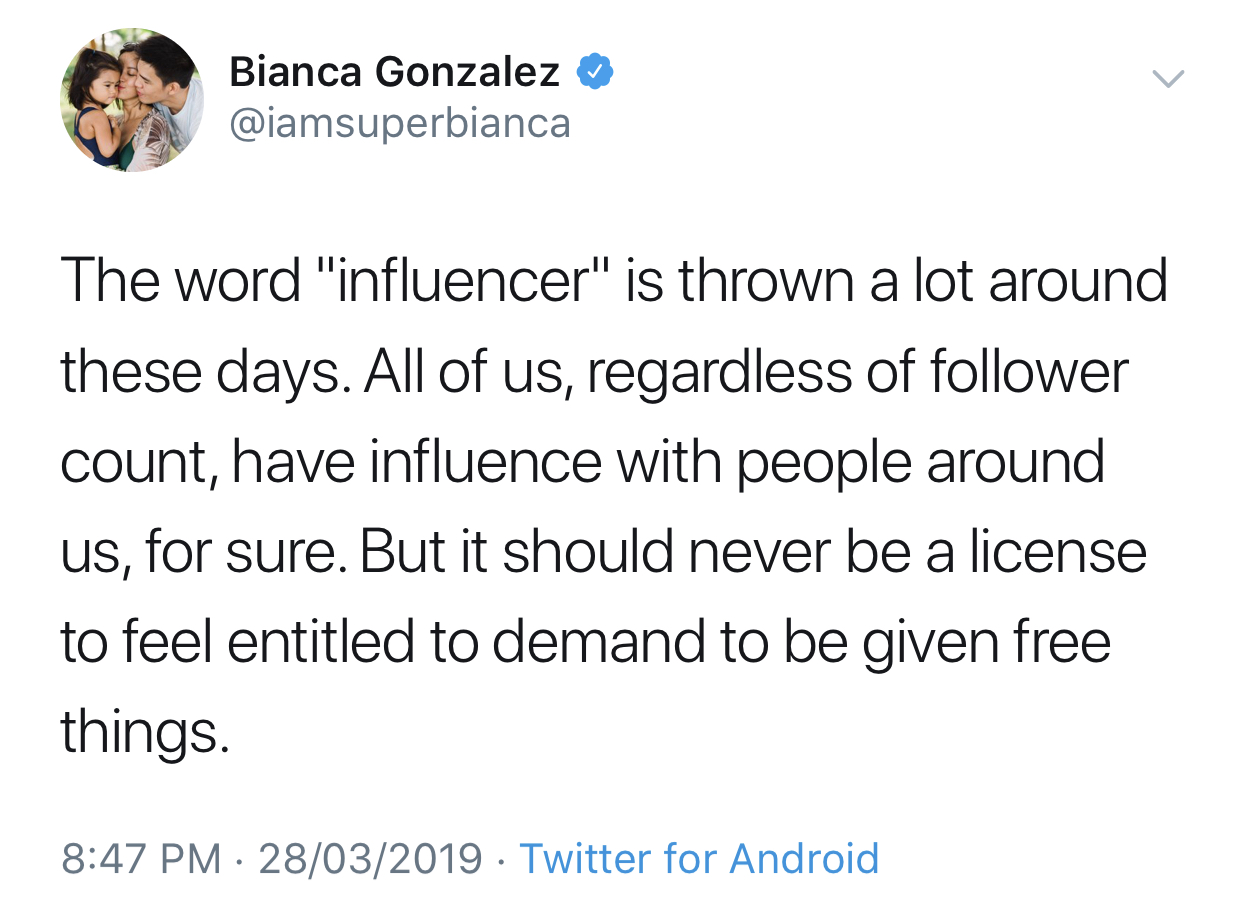 On the other hand, Bela said, “It’s so sad that you felt the need to take credit for a place so beautiful to begin with and would be perfectly fine with or without you. Tsk tsk.  Btw, we all started going to Siargao three years ago not because of your posts.” 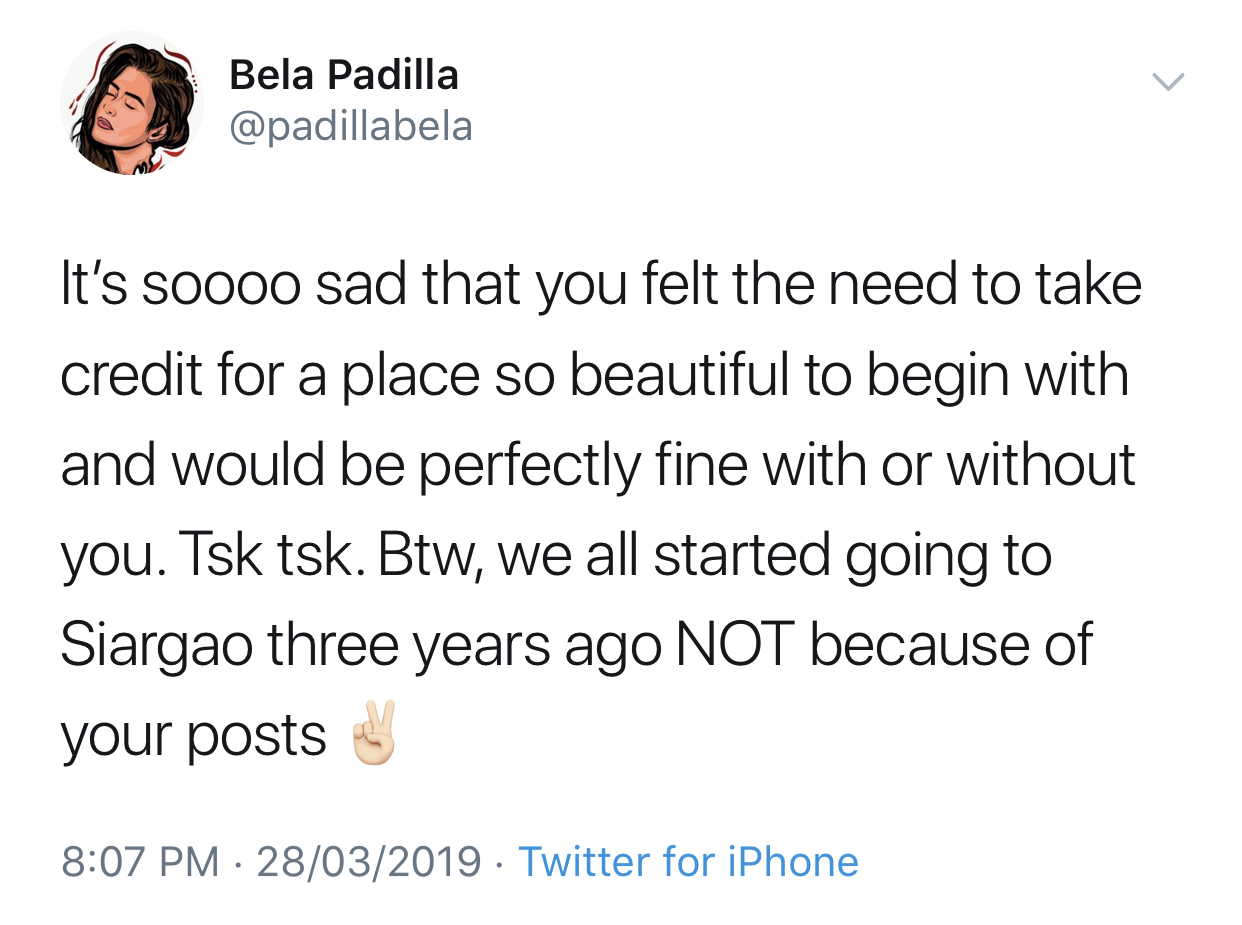 After few hours, De Ocampo posted an apology on his IG story after receiving criticisms. He posted that everything he said was taken out of context. He said, “I would like to apologize for my opinion that sparked misinterpretation and conflict on what influencers do in general. Whatever I say online will always reach a lot of audiences and I apologize for sounding entitled which wasn’t my intention at all.”

He added that he thought White Banana Beach Club Siargao made a hasty generalization of the kind of job bloggers and/or influencers do. “No one deserves to be bullied and made fun of just for voicing out the opinion he believes in even if that opinion isn’t the same as yours. Hear me, as I hear you also and pickup what we both could absorb from this,” De Ocampo said.

What is your stand regarding this issue? Let us know.