Halalan2019 has been one of the most intense elections so far and netizens are very much affected by it especially after knowing the results.

It is natural for people to have different stands on key issues especially on politics. Also, it is the freedom of these people to express their viewpoints in any platform they wish to such as the cyber world where there is a big audience.

Different opinions have circled the internet particularly the standpoints of the so called social media influencers. Being influencers, they gave their opinions regarding the Halalan2019 which earned both positive and negative comments.

Here are few of the reactions of the influencers about the recent election:

Angel Dei reposted the photo of the partial results of the election and captioned it, “ewan ko pero naiiyak ako.” 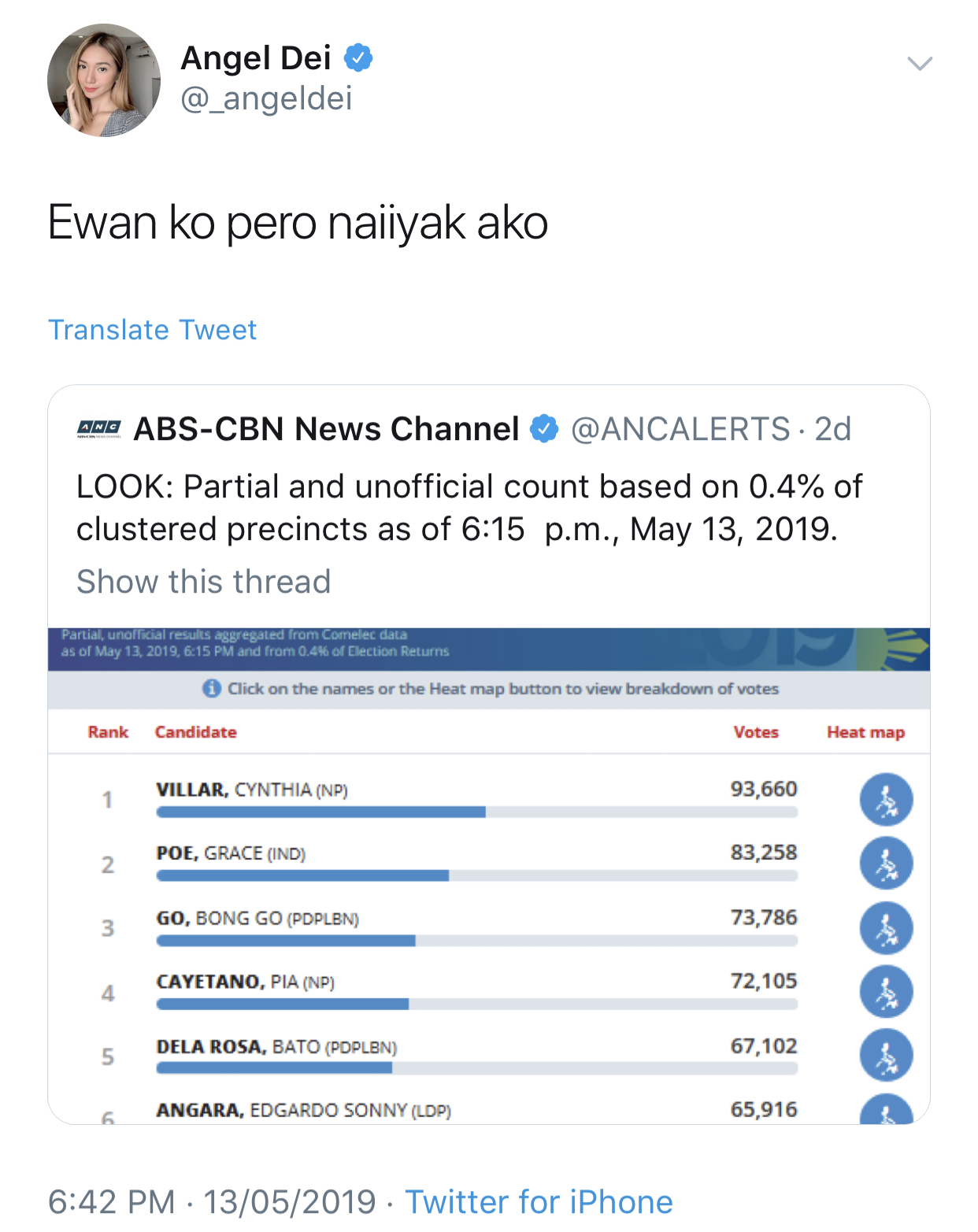 She also expressed her gratitude towards Atty. Chel Diokno. 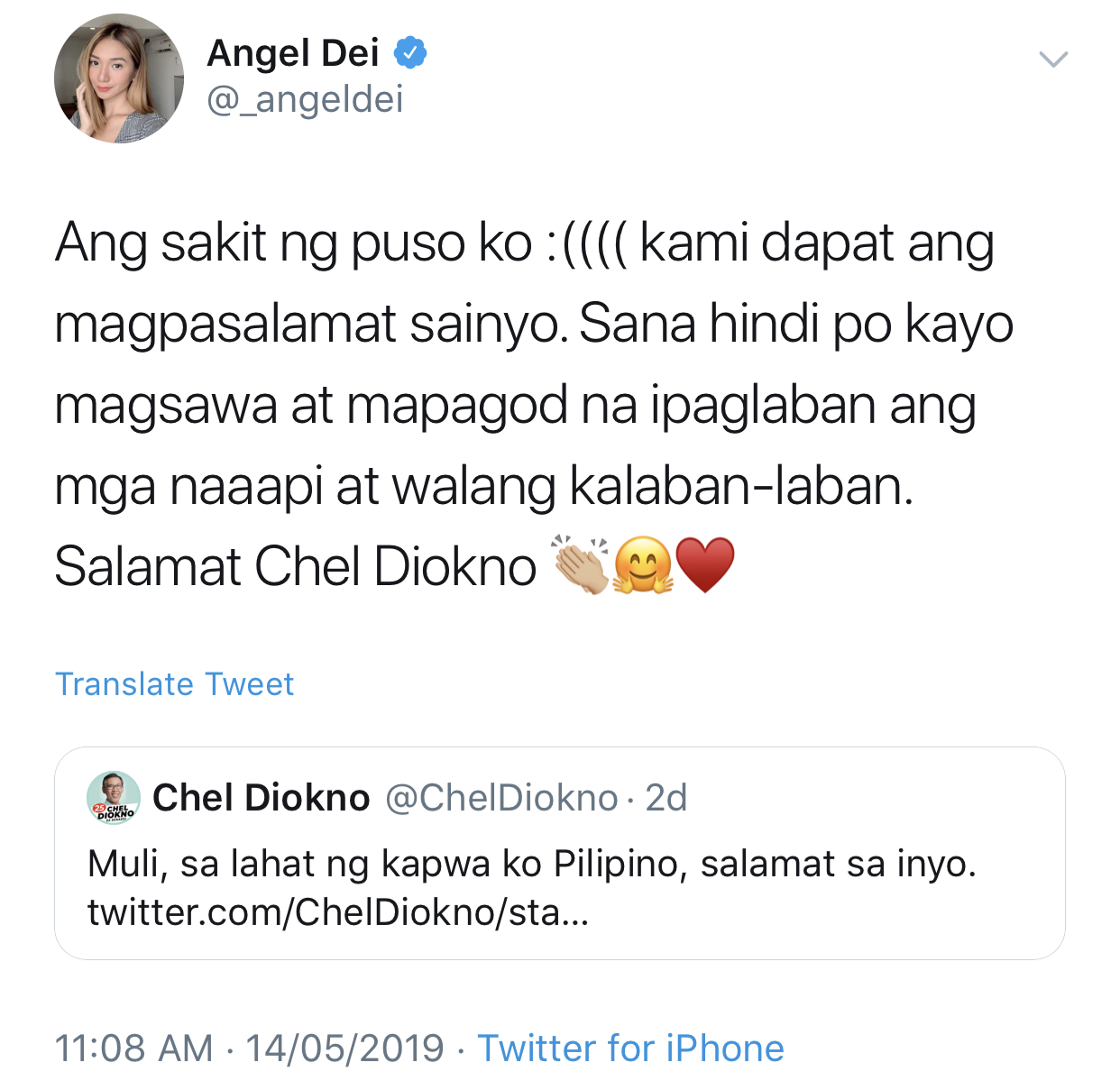 Aside from her tweets, she also retweeted various tweets from other people showing how disappointed these people are with the election results. 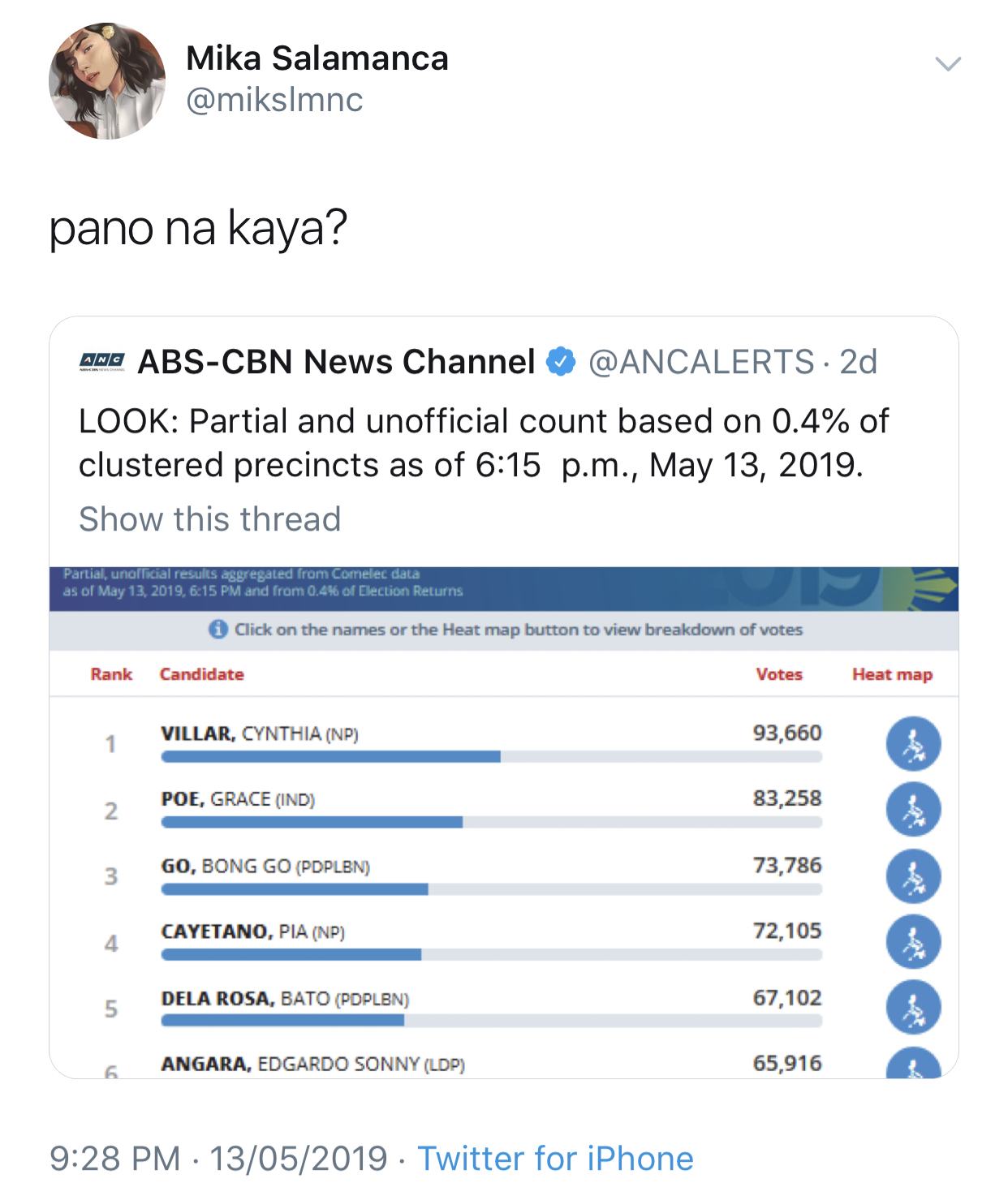 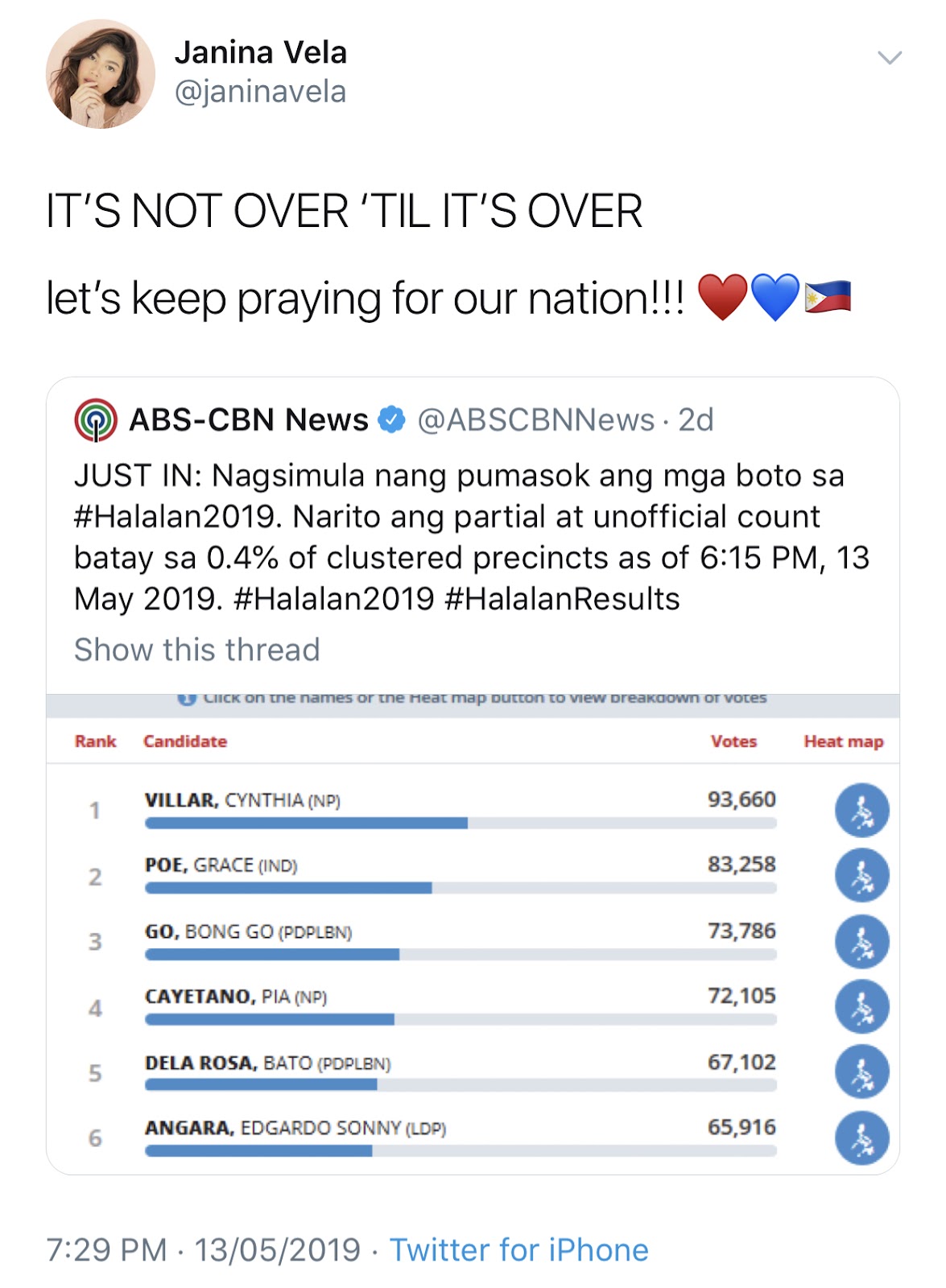 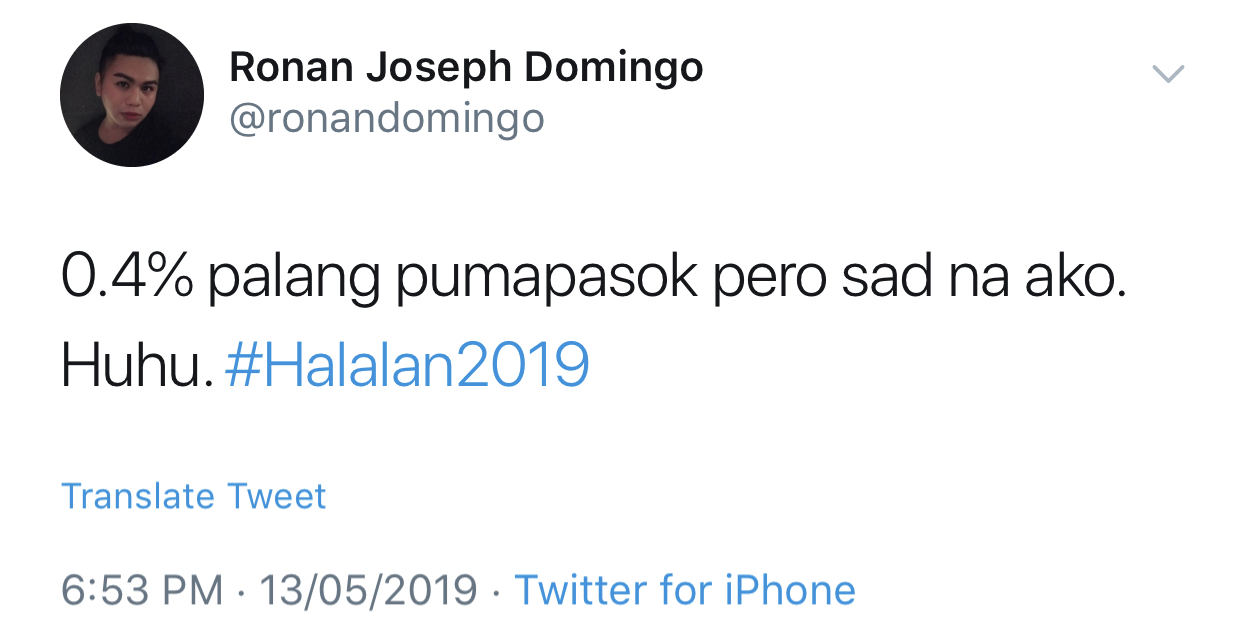 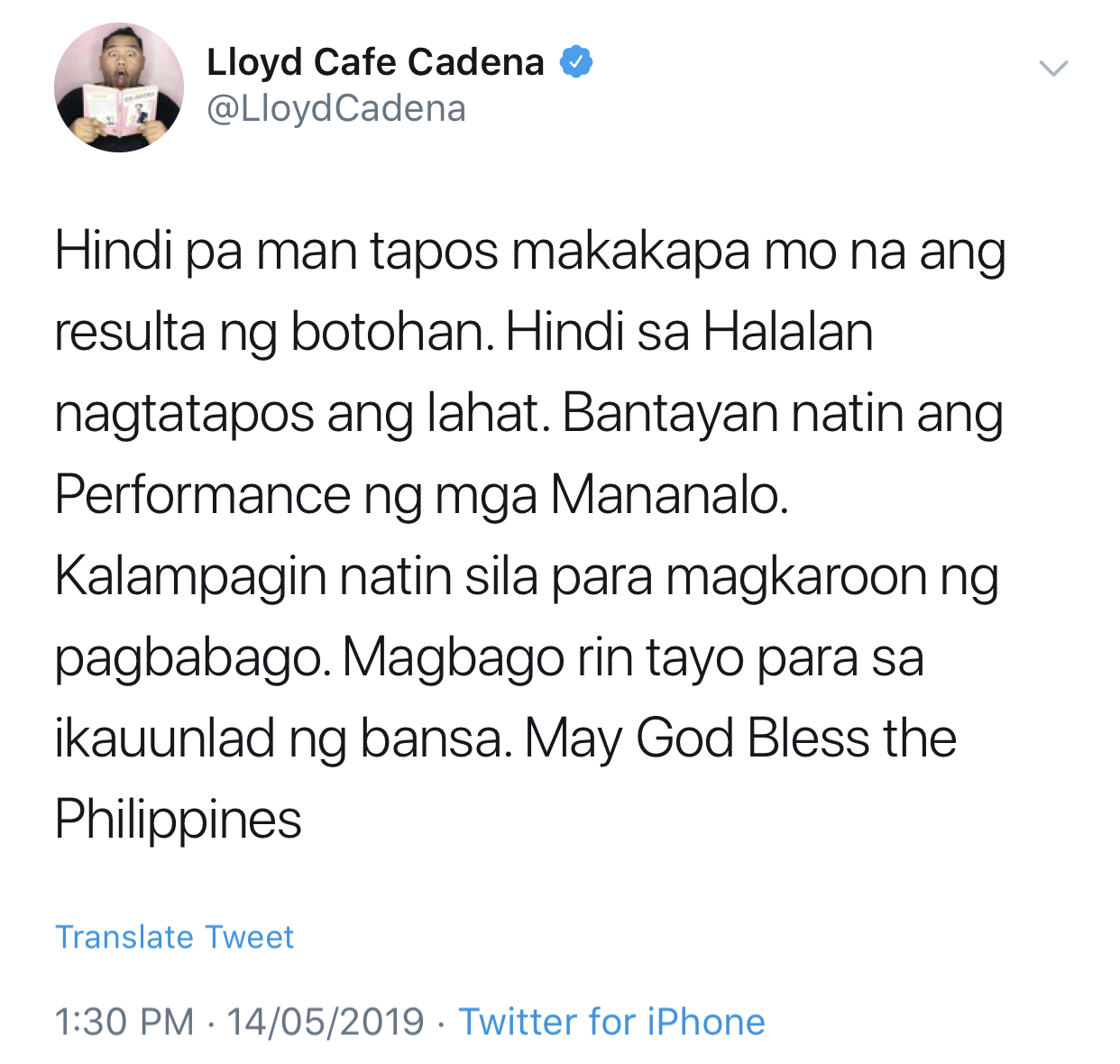 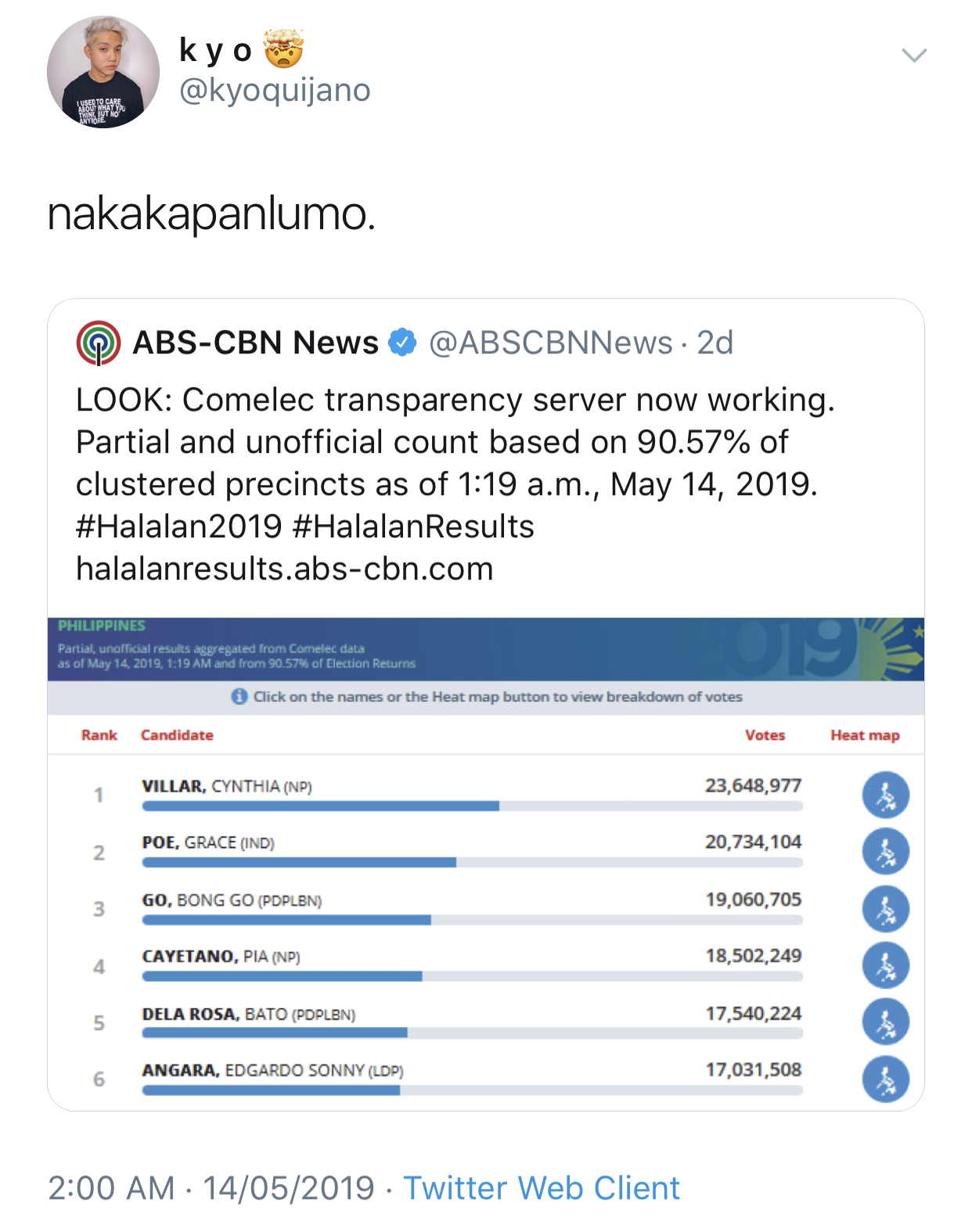 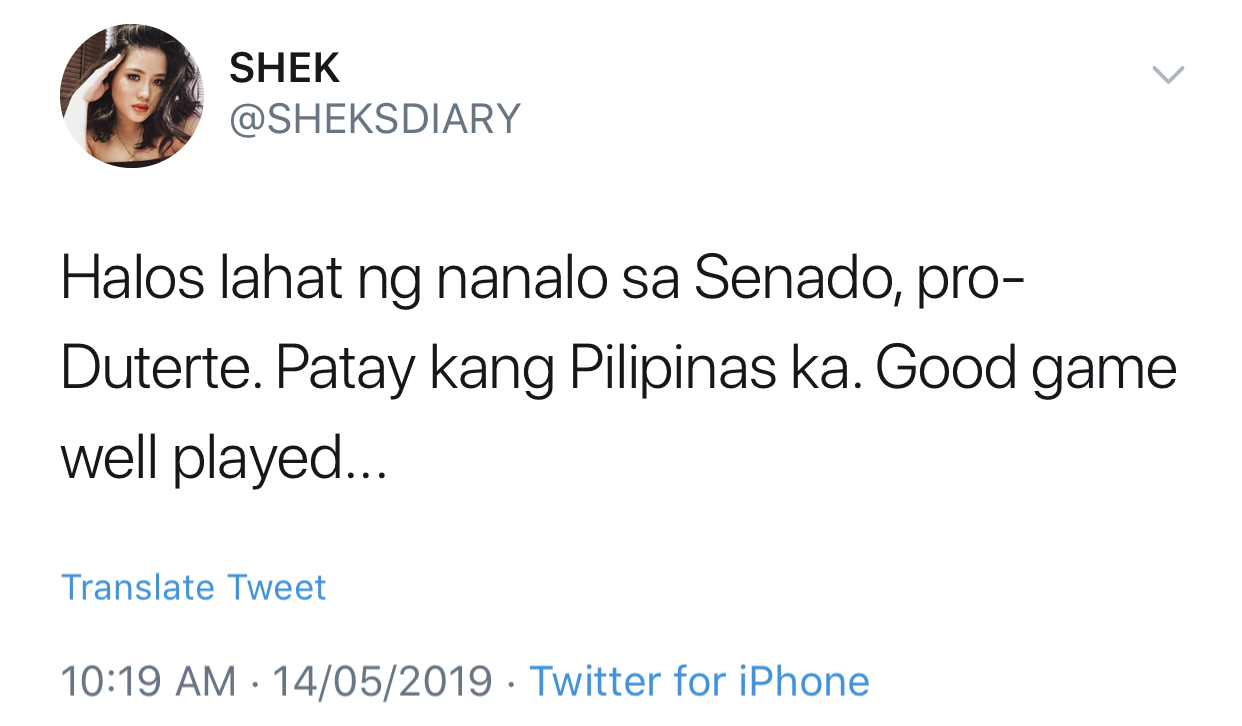 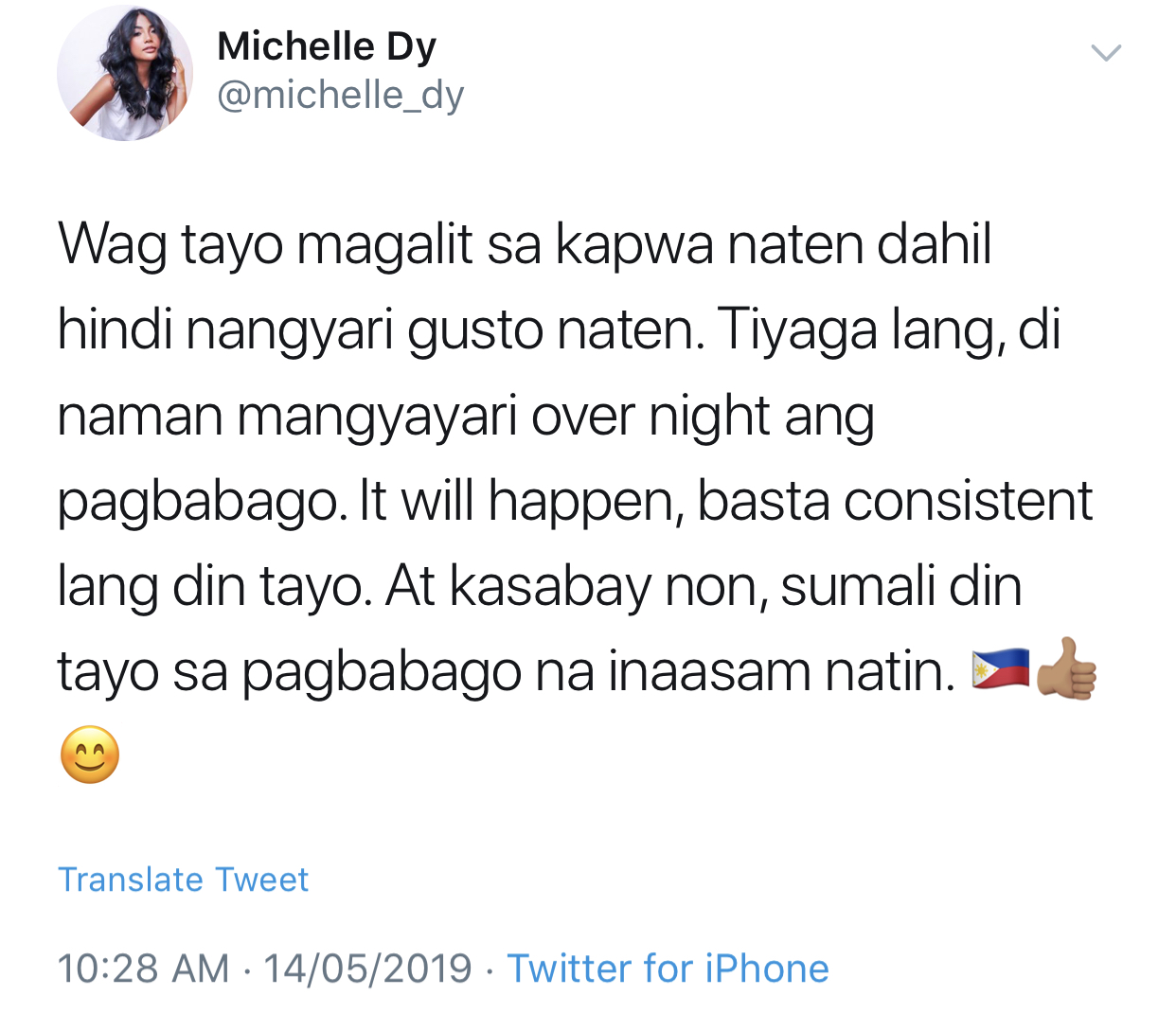 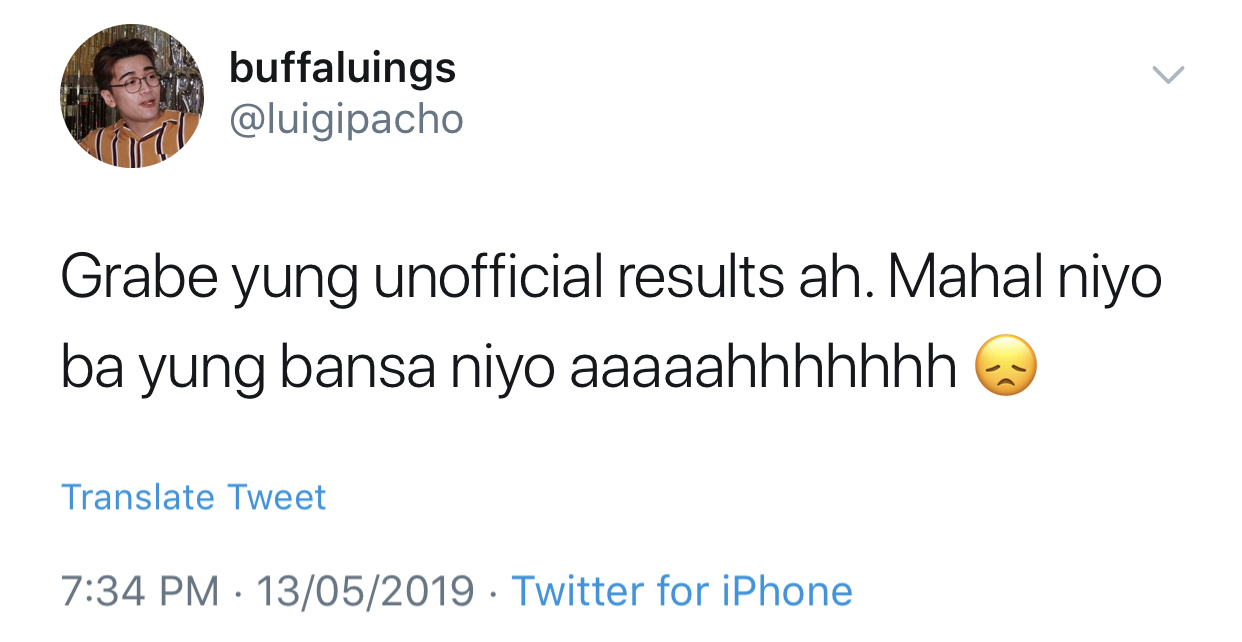 How about you? What can say about the election 2019?