The feud between Lloyd Cadena and Kyo Quijano is definitely not an entry for the April fools day.

Yesterday, the flame that seemed to be extinguished was sparked up again after Lloyd Cadena uploaded a video on his YouTube channel calling out Kyo Quijano with a title “Dear Kyo Quijano”. The video contains Lloyd’s explanation on his issue with Kyo including screenshots of private messages exchanged between them.

On his defense, Kyo posted on his twitter account the full content of his comment on BNT’s video. “Eto yung comment ko, may kadugtong siya and it is hundred percent honest, dahil pinanood ko yung April fools video nila and it was really convincing,” proving that the screenshot posted by Lloyd was cut. 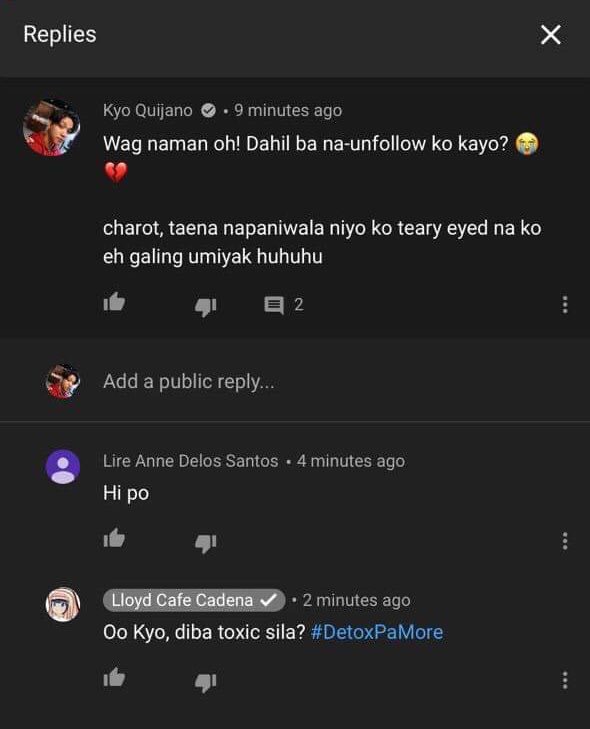 He also tweeted, “I commented this for it to make light of the situation, kase nag hingi na ako ng paumanhin kay BNT Limuel, and akala ko okay na.” 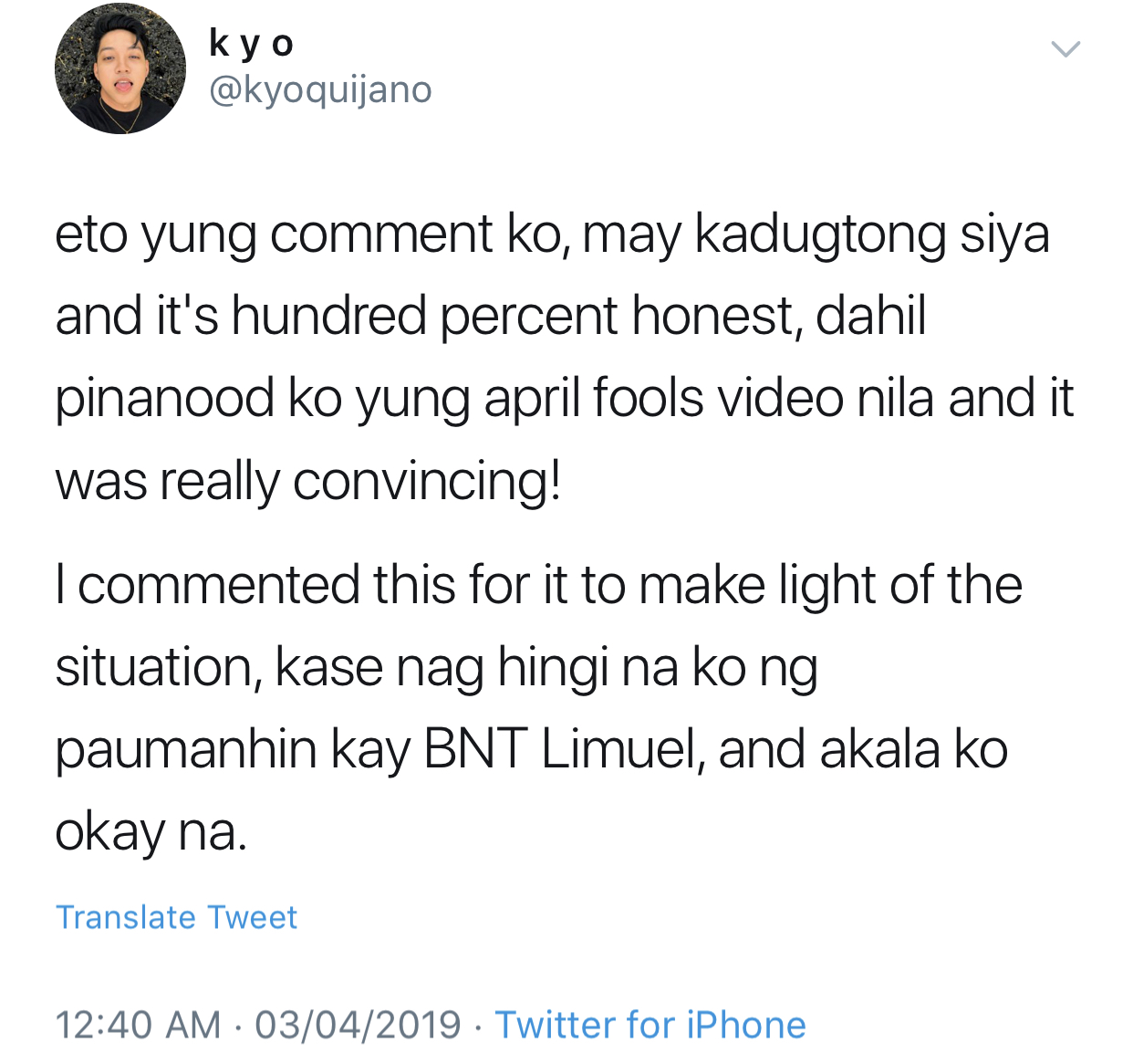 He also posted their private conversation where he was explaining his side to Lloyd. The latter then answered, “B! Solved na nga diba?”

Kyo Quijano thought that the video posted by Lloyd was petty and unnecessary. He said, “All I wanted to do is to do a video, create content! Di ko gusto ng issue na ganito! Ang petty lang kase na to the extent na make a video about it? Unnecessary!” 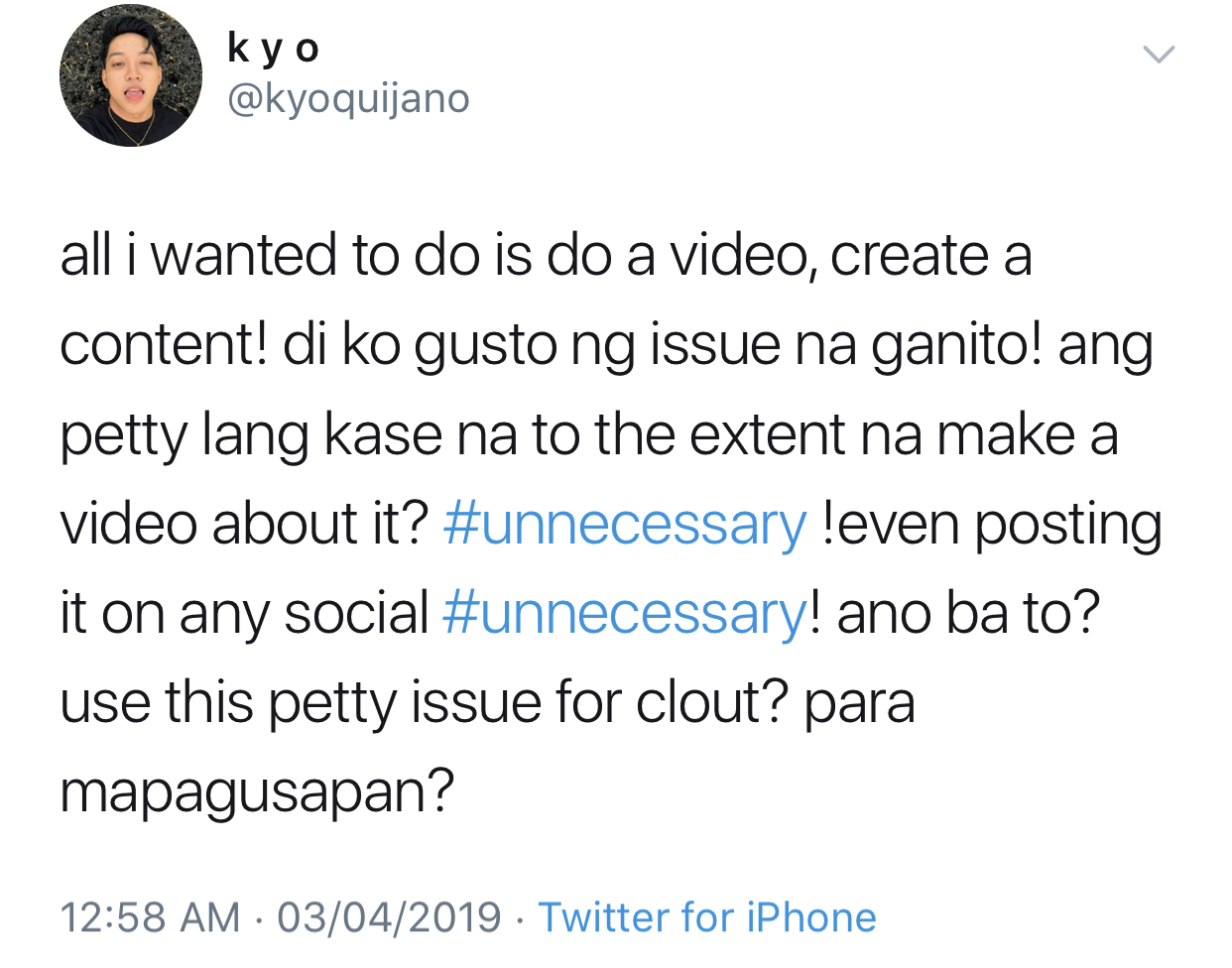 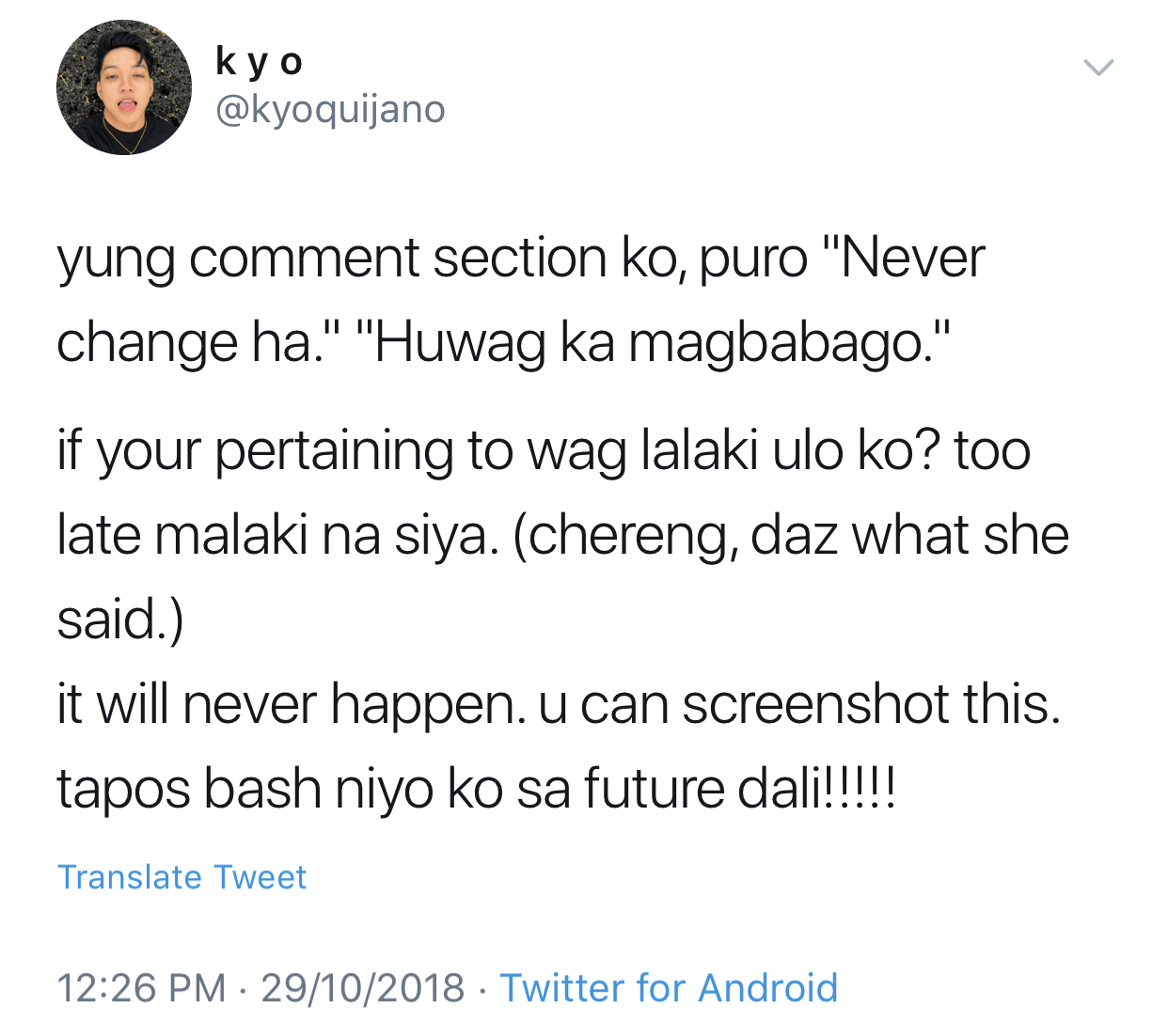 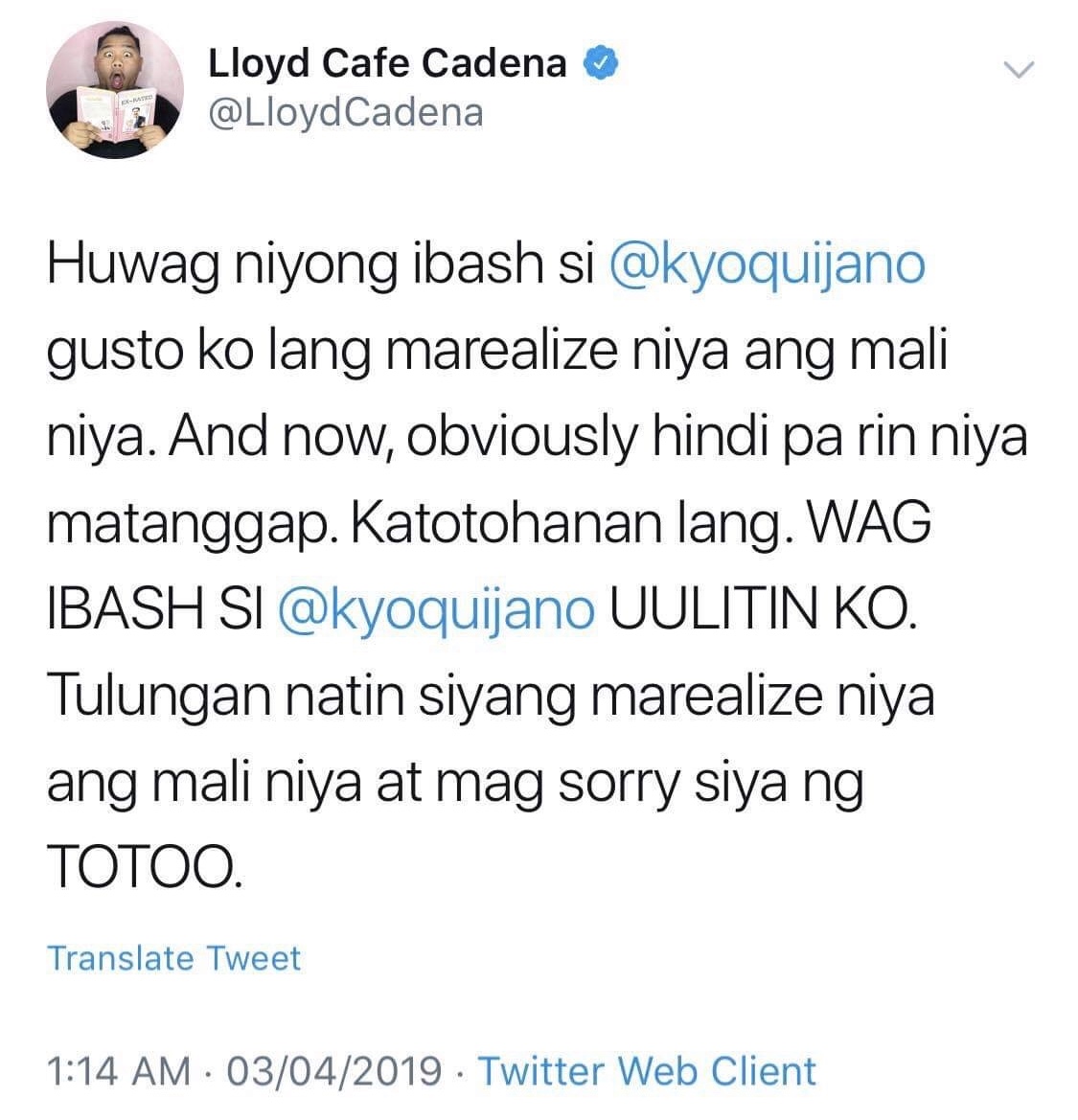 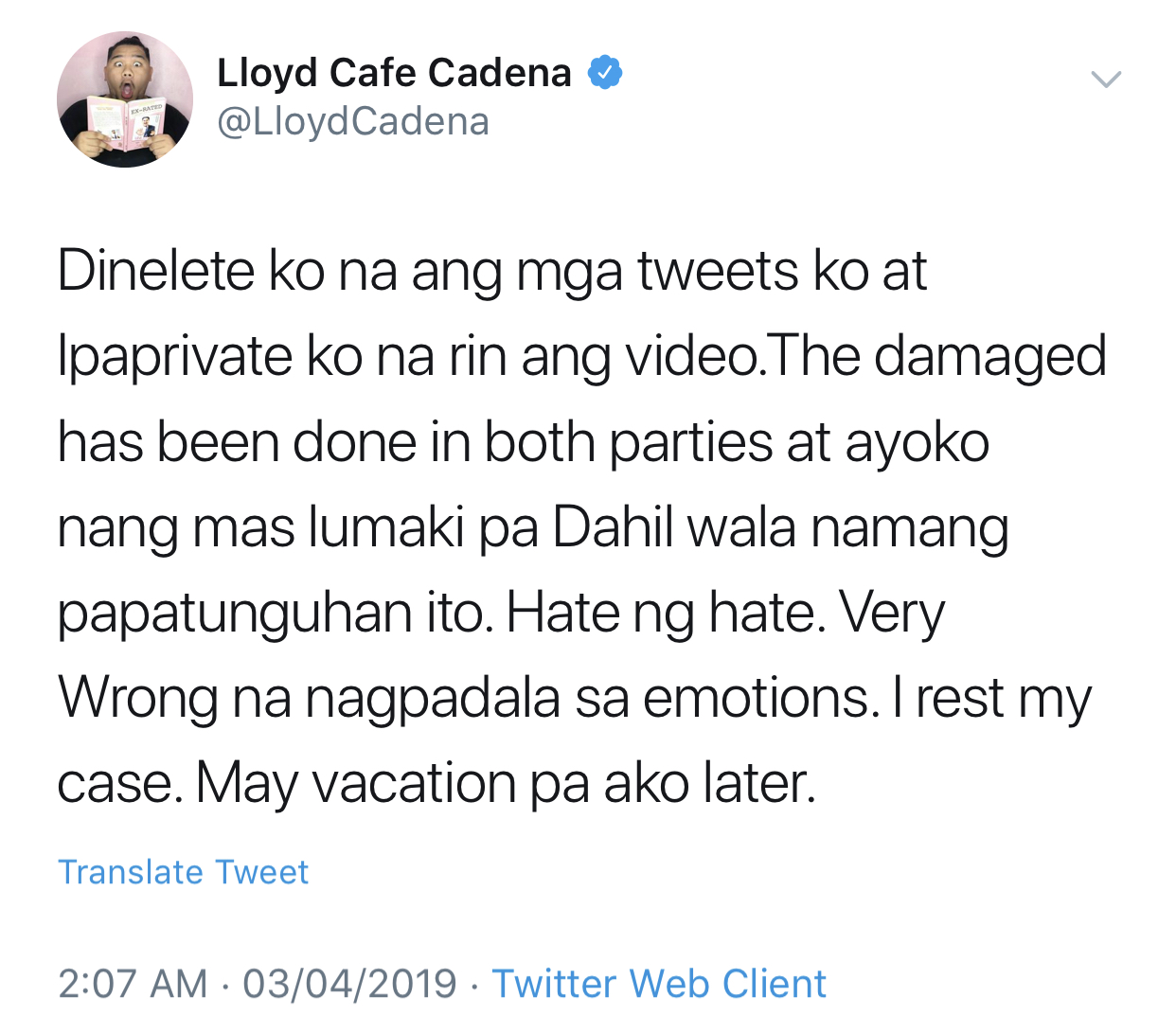 Kyo quoted the tweet with a caption, “I’ll always be grateful for all the help you have given me, for inspiring me from your contents and for the collab that changed my life. Pero nakakasama ng loob lang na kailangan pa mangyare to.” 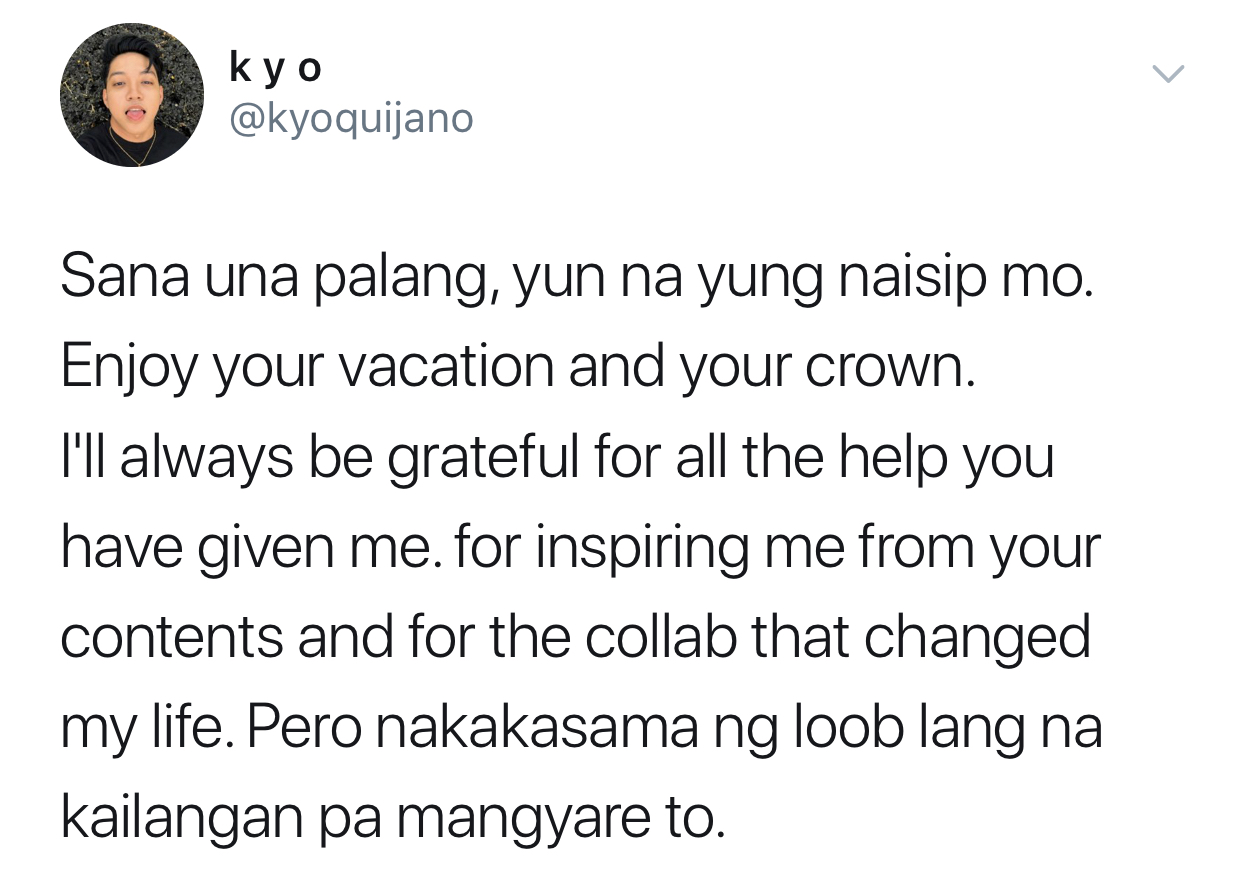 The range was ended but the two still seemed not to be okay. How do you feel about this issue? Was Kyo being ungrateful or was Lloyd’s action of posting a video unnecessary? Let us know!