On June 30, 2019, Vince Vandorpe uploaded a video with the title “Pat vs Bins, who wins? (Beki/Gay Language na medj bastos)” on his YouTube channel. It’s a Beki challenge video where they try to give the meaning of the given “gay” words.

The aim of the video was to provide good vibes and laughter. Although some find it entertaining, some commented that it was insensitive for him to make fun of gay language especially that he has a similar incident not too long before. Read here: Vince Vandorpe Receives Negative Reactions after Insensitive Prank on Coming Out 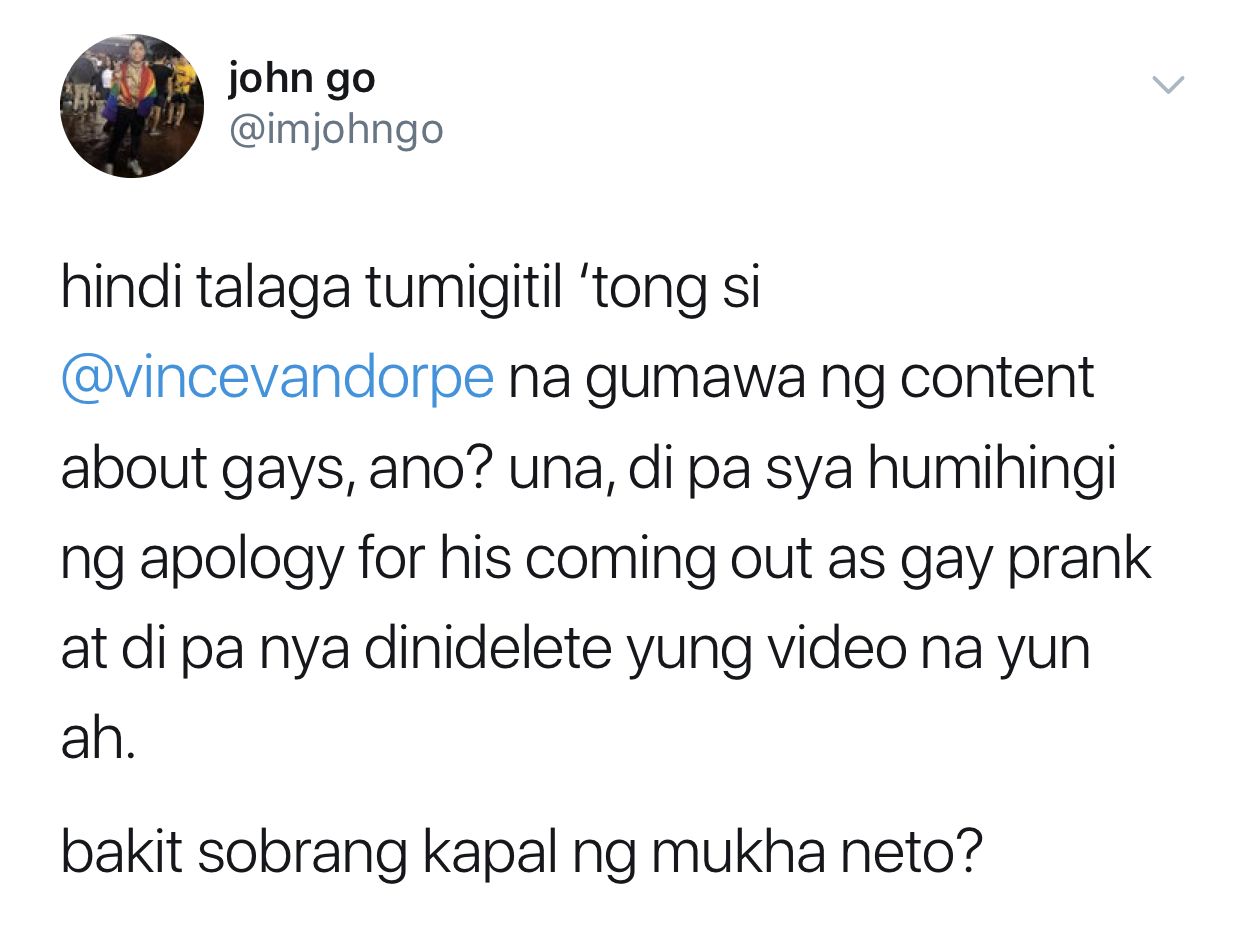 Vince retweeted the said tweet and commented, “I’ve understood you cant please everyone but if you don’t appreciate my content,then its not for you. Am I not allowed to educate myself about the beki language? Isn’t the lgbt all about acceptance to whoever you are?” 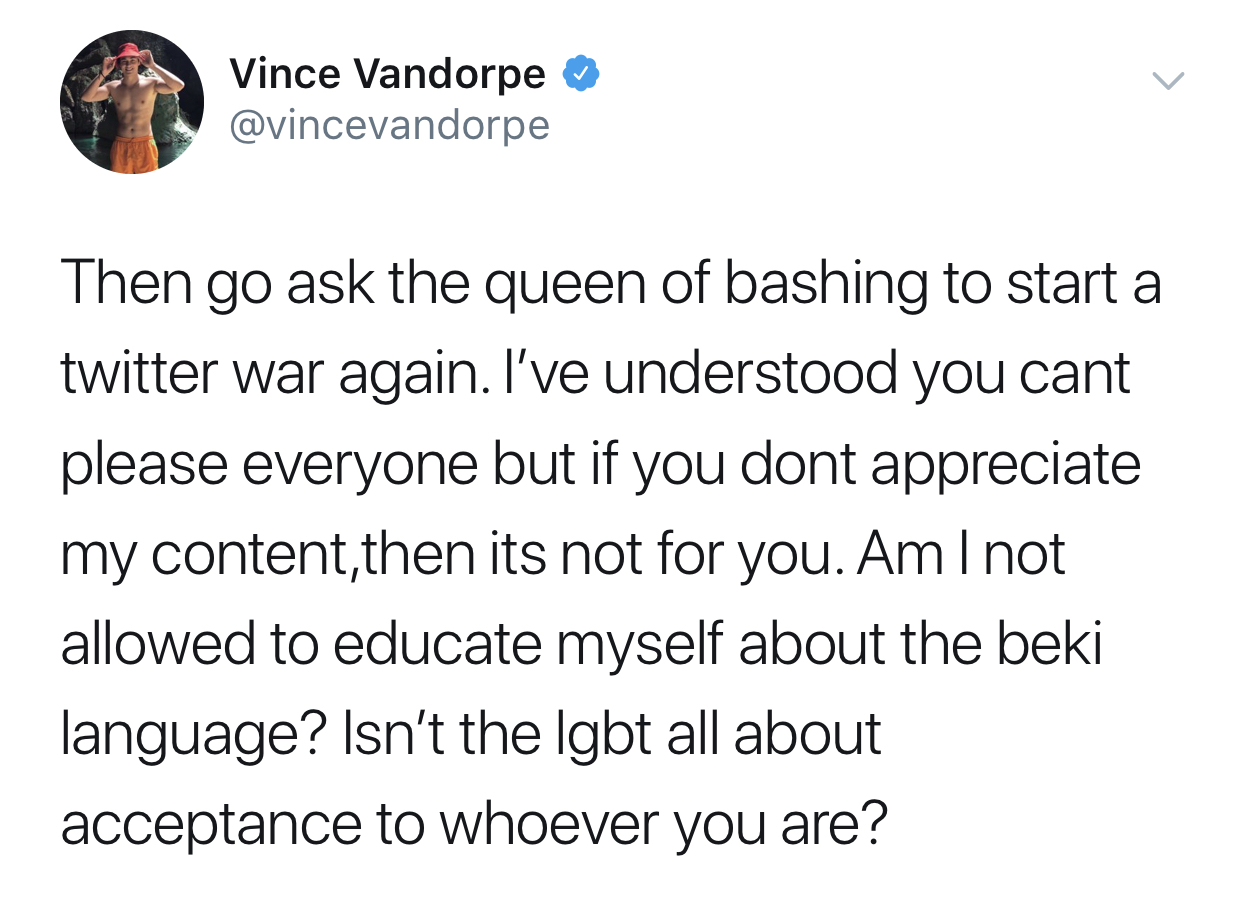 Vince answered her saying, “You want a apology note screenshot? Or a video where I apologise and cry? As I said ive owned up and learned from the feedback I got. Even donating the money i earned. What else do you want me to do? Name it.” 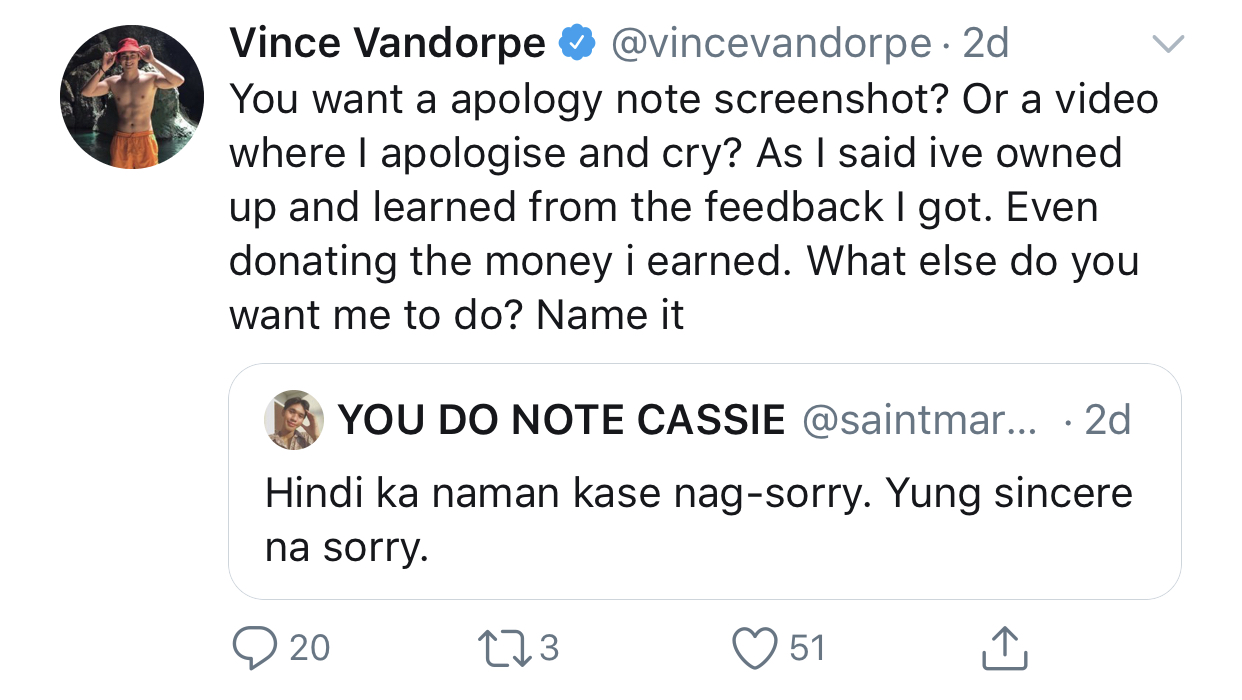 Although more and more netizens give their negative comments about the video, some still don’t find it offensive. One netizen sent a private message to Vince telling him that he didn’t find anything offensive about the video.

Netizens still argue whether the video was offensive or not. What do you think?